October 11, 2009
While Uncle Brian and Jason, were at the Ram's football game, Aunt Jessi and cousin Cooper, came over to play!
We went to the NT farm to pick out pumpkins. 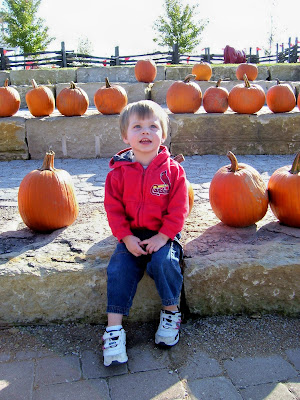 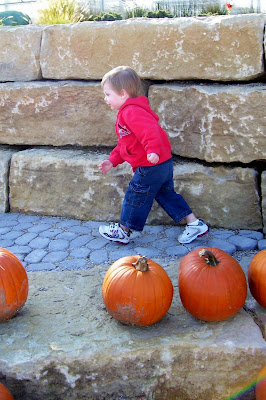 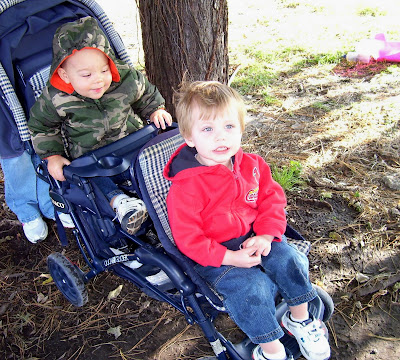 We then headed back to the house, without pumpkins. Mikey just couldn't make up his mind, so we will go back another day.
Plus, it was VERY cold and windy...so we just thought it was time to leave.

Mikey and Cooper playing with Thomas the Train 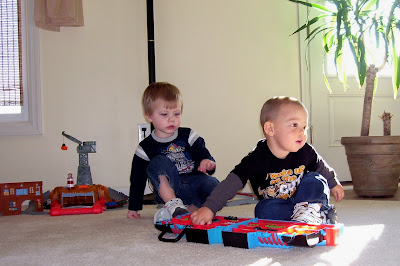 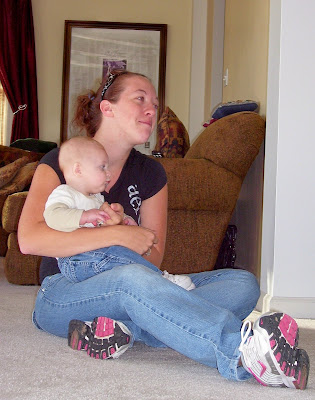 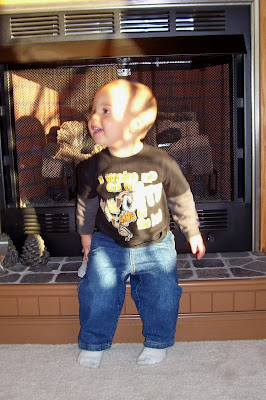 The boys had a blast!
They played, chased each other, played with cars, rode on the car trailer, played on the stairs, and just giggled all afternoon.
Too cute!