December 19, 2009
Early Saturday morning we met Dylan and Grandma Fortner, at Laurie's Shoes, to buy the boys new shoes.
We will have to go back in March, for Ryan's birthday, as his feet were to small for the "hard sole shoes," that we were there to buy.
Ryan has small, but wide feet. 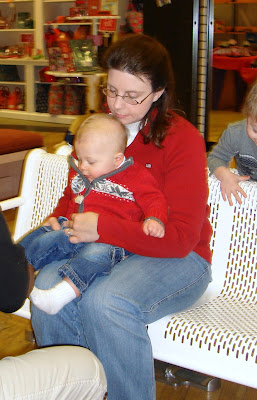 Ryan was a little unsure about what was going on. 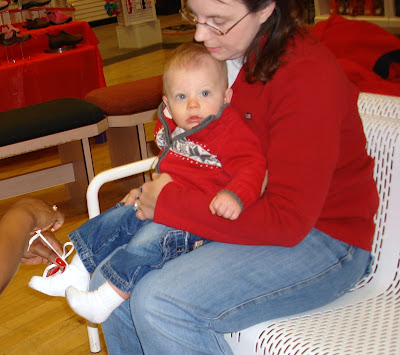 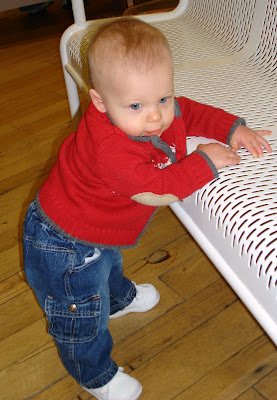 Mikey found the presents under the tree, he really wanted to open one.
He even picked one up and gave it a shake.
I had to explain that they were empty boxes. 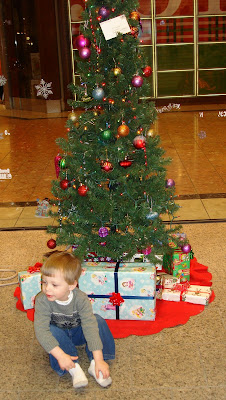 Ryan liked the foot measure, because it was cold. It was cute, until he tried to put it into his mouth....eww feet germs! 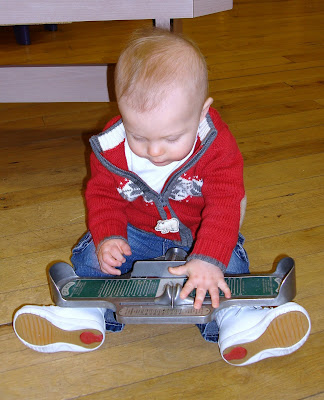 Mikey, waiting to get his new shoes. 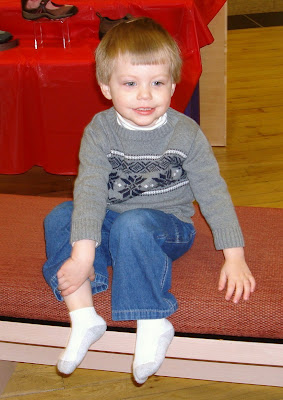 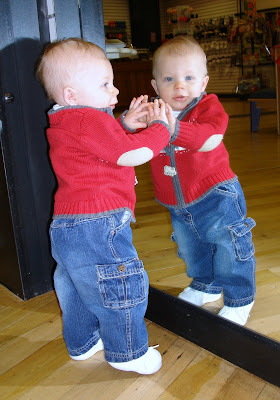 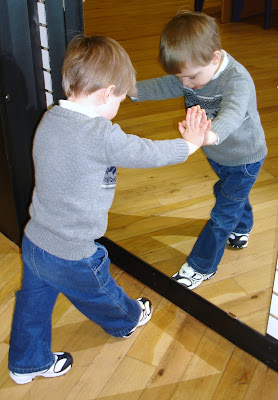 Dylan, Ryan, and Mikey...trying out Ryan's new shoes, by taking Ryan for a walk around the store! 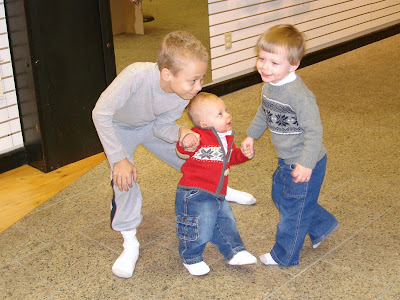 Mikey and the gum ball machine...he wanted a gum ball, the moment we walked into the store, and finally got one on the way out! 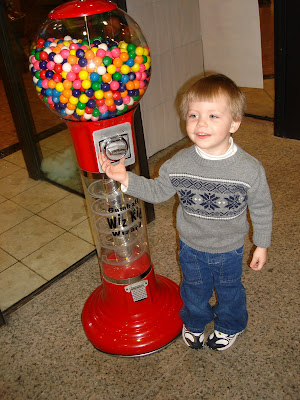 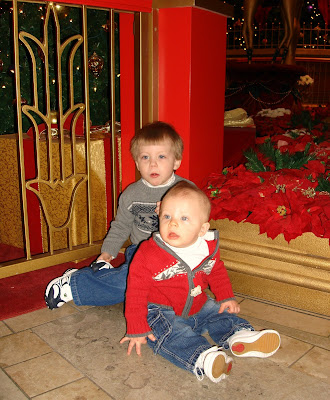 Trying to get a Christmas picture of the boys has been a challenge...this was the "best," out of 15 pictures taken.