November 08, 2009
Mommy thought it would be fun for Mikey and Ryan to write letters to Santa, this year.
Mikey and I also made Mrs. Claus a coloring page, from the special holiday coloring book.
Mikey chose yellow,as his first Crayon...serious thought went into this. 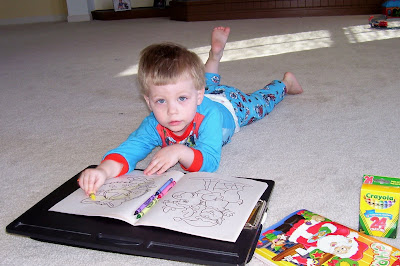 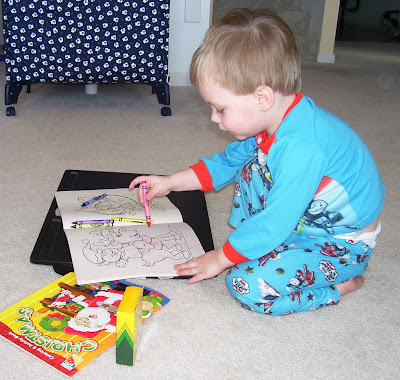 Ryan wanted to join in on the fun...the box looked very tasty. 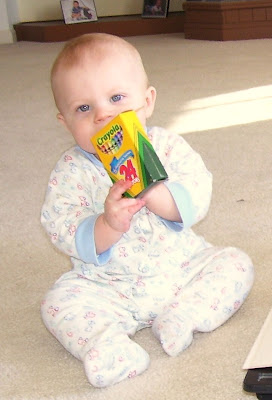 Ryan wanted every color, Mikey picked out...it was rather fun to watch the two of them. 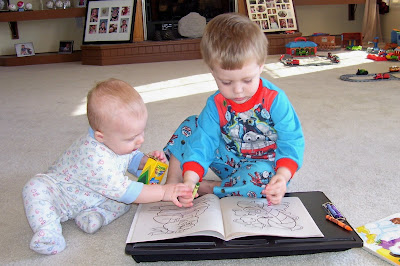 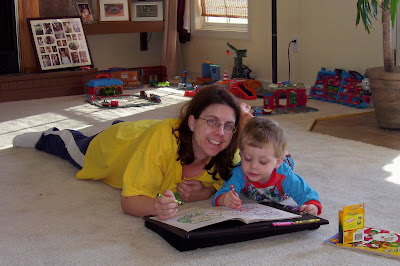 Can you guess which one Mommy did? 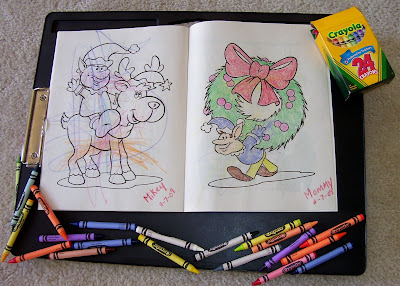 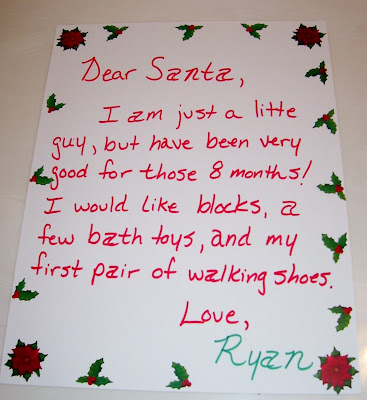 Mikey's letter...it was so funny what he wanted... 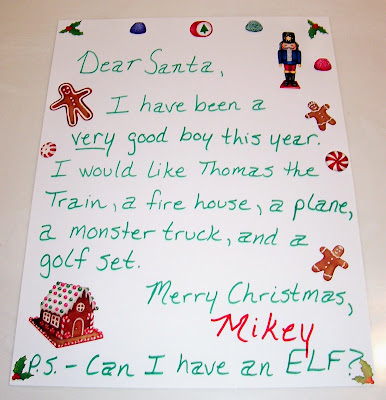 The Post Script is for his very own North Pole Christmas Elf...stay tuned...
Every letter, needs a fancy envelope! 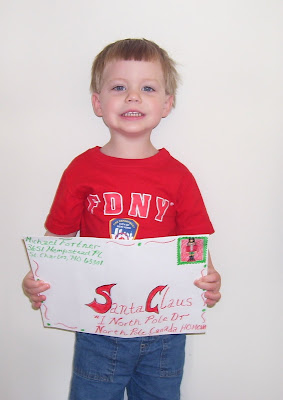 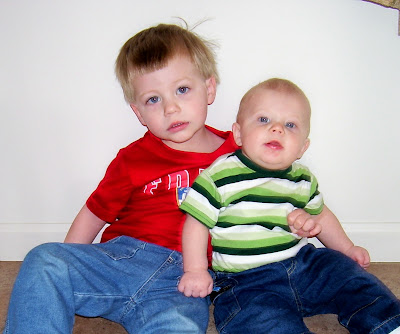 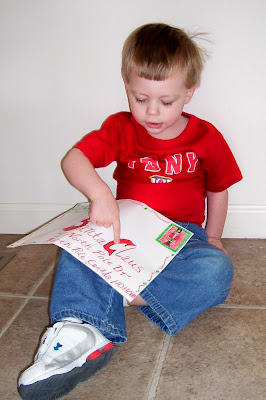 Macy's sponsors a mailbox at each of their stores, 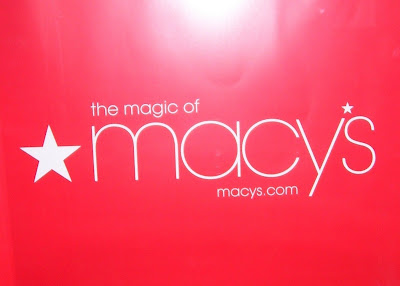 We have arrived at the mailbox! 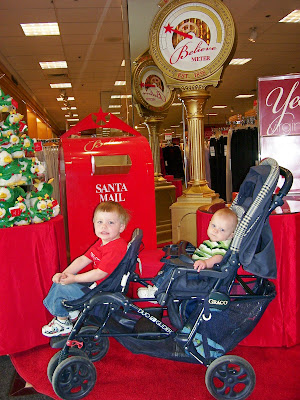 Mikey, did not want to put his letter in.

After he finally, put his in, he thought it was fun! 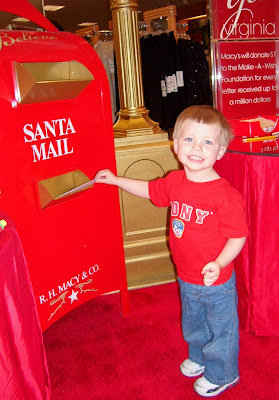 He couldn't decide which slot to drop Ryan's letter into.
It was so cute! 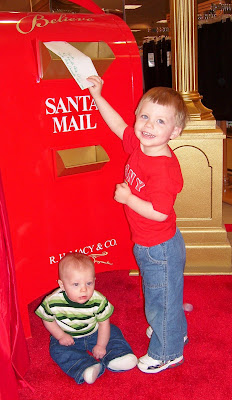 Then he pulled over this seat, crawled on top of it, and wanted to see his letter inside the box.
He was grinning from ear to ear! 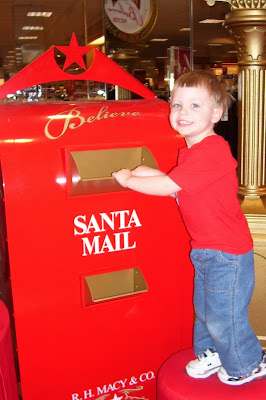 Thanks Macy's for making sure our letter's get to the North Pole, and into Santa Claus' hands.