January 10, 2010
The temperature in St. Louis dropped to 8 degrees, so we stayed indoors this week!
We thought we would venture out, with a trip to the Fortner's.
Dylan called to see if we wanted to watch his basketball game. 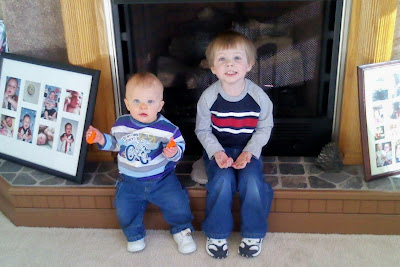 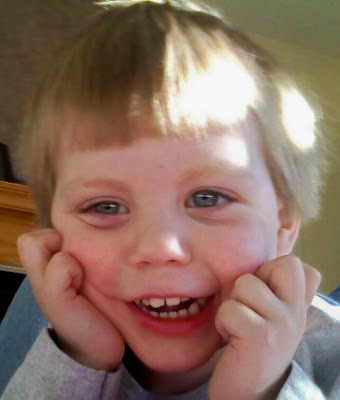 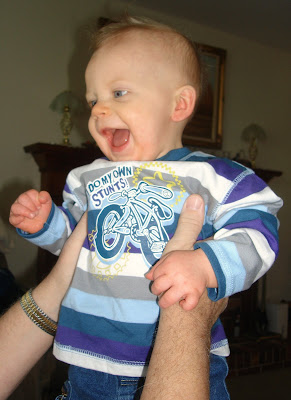 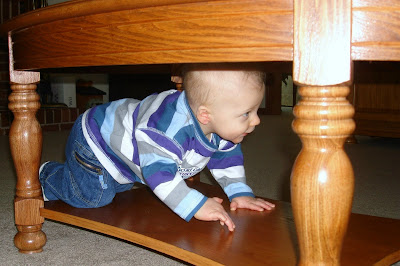 Grandma allows it, until Ryan can walk...and Dylan helps him to not hit his head. 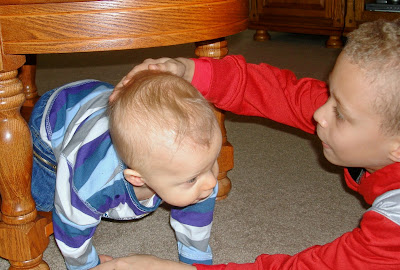 Dylan can NOT wait for Ryan to walk on his own, and every chance he gets, he helps Ryan practice! 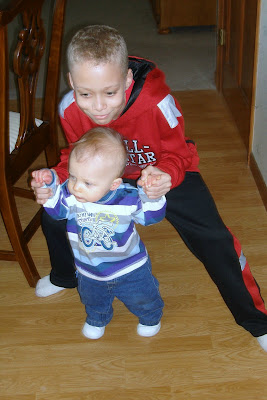 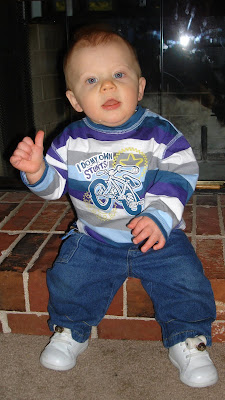 Mikey and Dylan LOVE to wrestle! 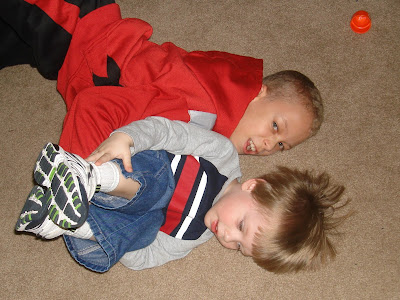 Mikey has been obsessed with Daddy and Grandpa's patches.
He wanted to stick one on his shirt with tape, but then he would pull it off.
Grandma taped one on the back of his shirt, and he forgot all about it. 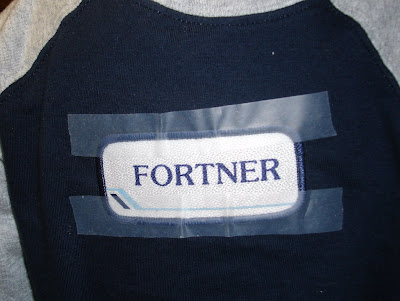 wrestling is a great work out, and the boys needed refreshment.
7up and a bendy straw = bliss 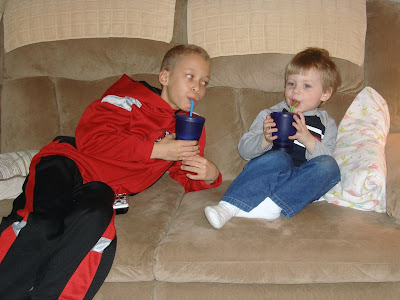 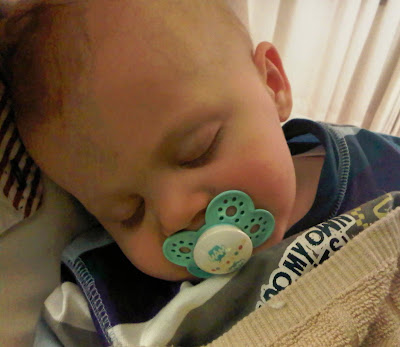 Mikey was so excited! 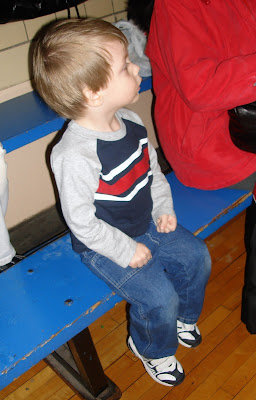 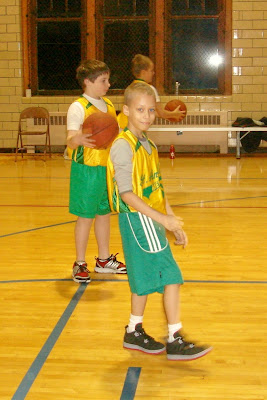 Not great pictures, as I didn't have the camera, set on sports mode, but Dylan played really well. 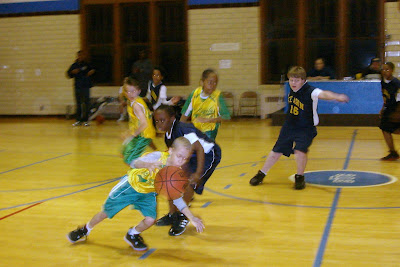 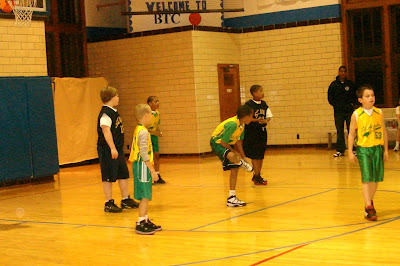 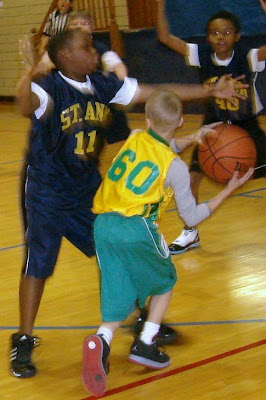 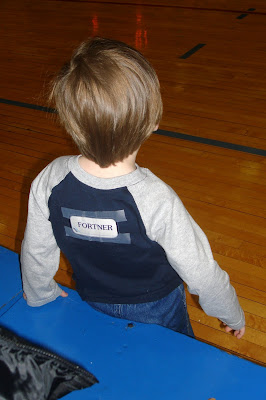 Unfortunately, S.A.M. lost to St. Ann, but the guys played well.
On the way home, Dylan wanted to stop for donuts in Old Towne Florissant.
Mikey picked out a donut with sprinkles! 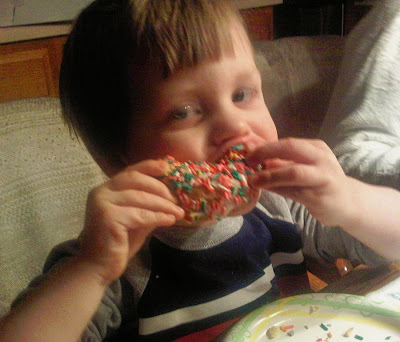 Thanks Dylan for inviting us! Thanks grandma for the donuts and dinner!