October 29, 2011
The news told us there was a chance of snow on Saturday, due to an East Coast nor easter storm blowing through. Well, we got it... as did most of the North
East! We got 3-5 inches, and I forgot to measure exactly how much we accumulated.
The snow flakes started early in the morning, and didn't stop until late!
Did I mention it was OCTOBER? The kids were very confused! 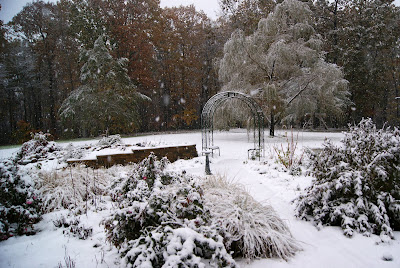 Mikey tried really hard to catch a snowflake on his tongue! 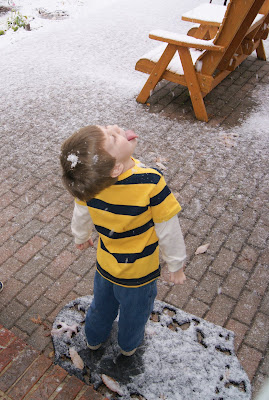 We dug out the mittens, hats, and winter coats and played in the snow! 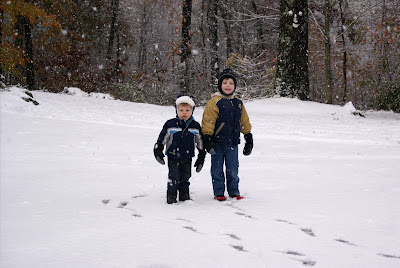 Ryan made his first snow ball, unfortunately it was more of a slush ball, and when he threw it at me... it smacked me square in the thigh! I still have a bruise! 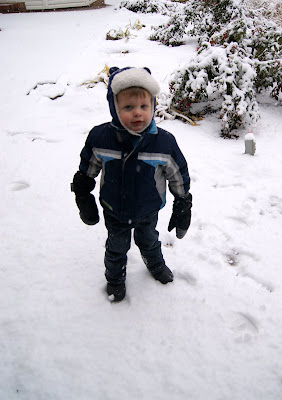 The kids loved every second they were out in the snow! They played until their lips quivered, and denied how cold they really were! Finally convinced them to come in from the snow, via a cup of hot chocolate!