September 22, 2012
I worked in a book store, when the third book in the Harry Potter series, Harry Potter and the Prisoner of Azkaban, was released! I can remember the line that wrapped around the store, and the hundreds of shoppers that eagerly awaited for the clock to strike midnight. Each of us dressed up as characters from the book, and I dressed as professor Sybill Trelawney! I have been a huge fan since day one and joined the masses at midnight for the final book release! I am proud to say that I stayed up all night, and read Harry Potter and The Deathly Hallows in six hours. (My husband thought I was nuts, and just didn't understand!) I have seen each of the movies, and attended midnight showings for them as well. Yes, I cried when I watched the final film, and could not believe that an era of Harry Potter films had just come to a close. I have very vivid images that stand out from each film, do you? Are you a super fan? Have you read each of the books? Have you watched each of the movies? Then I have something fun and exciting to share with you! Check out these two amazing collections of full size posters!

When I opened each book, I was drawn into each poster! Each vivid image reminded me of the great Harry Potter films. I could remember the emotions that consumed me as I watched, matching faces to each of the characters from the books. There is a magic that happens when a movie, is made into film, and these posters are a great way to remember the first images and characters! I can not wait to share them with my children, once they read the books! 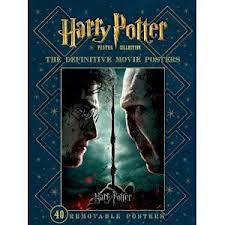 The posters are printed on glossy card stock inside a protective cover. Easily removable as full sheets, they're crease-free and perfect for displaying. Featured images include the iconic depiction of Hagrid and young Harry looking up at Hogwarts castle; the all-knowing gazes of Professors Dumbledore and McGonagall; the romantic Yule Ball costumes; the chilling face of Voldemort; and many others. You'll want to display each and every image! 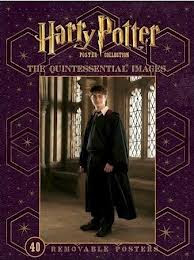 Harry Potter: The Quintessential Images - This beautiful poster book captures the magic of the Harry Potter films in an exciting new format. Harry Potter: The Quintessential Images comes with forty large-scale, display-worthy posters, featuring your favorite Harry Potter characters in striking poses-from Harry Potter, Hermione Granger, and Ron Weasley to Severus Snape, Albus Dumbledore, Bellatrix Lestrange, and even Dobby the house-elf. The posters span all eight feature films, celebrating pivotal moments and highlighting each character's evolution through the years.
The posters are printed on glossy cardstock and adhesive-bound inside a protective cover. Easily removable as full sheets, they're crease-free and ideal for displaying. Whether your display of choice is Harry and Ron in full Quidditch gear; Hermione dressed for the Yule Ball; Cedric Diggory in his Hufflepuff robe; the ever-malicious Malfoys; or dozens of others-you'll find a fun and colorful array in this keepsake collection.
Warner Bros. Entertainment is a fully integrated, broad-based entertainment company - a global leader in the creation, production, distribution, licensing, and marketing of creative content and its related businesses across multiple current and emerging media and platforms.

These books can be found at Insight Editions and other retailers.
*I was not compensated for this review, but all opinions are my own. I was sent the two books of posters for my personal review.