September 16, 2012
A dedicated Father that just happens to be the Linebackers Coach for the NFL’s Baltimore Ravens
The dedicated father that I had the honor of interviewing is Ted Monachino, his profession is that of Linebackers coach for the Baltimore Ravens, but he has many other titles that many are unaware of. Many call him Coach, but he also goes by Dad, best friend, partner, autism advocate, and mentor. Coach Monachino is much more than a professional football coach, he is a man who has found balance and appreciation for the invaluable time spent with family.

As I walked through the lobby of the Under Armor Ravens Training Facility, I was in awe of the beautiful lobby that welcomed me. I happened to walk in; just as the 2000 Ravens Championship Lombardi Trophy was being returned to the case, after the memorial service for Art Modell. It was a moment of reflection, and sheer wonder, as the trophy was only held while wearing gloves, and returned with great honor and reverence. 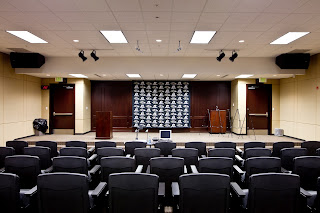 Image supplied by the Baltimore Ravens


Coach Monachino, greeted me warmly and personally led me on a tour of the training facilities. I was amazed at the beauty of the outdoor training field, there wasn’t a soul in sight, and yet you could feel the energy radiating from the field. The media room and podium, in which I have watched countless press conferences, on television, was much larger than I ever thought. The next stop on our tour was the workout gym, and my mouth was agape at the expanse of equipment, weights, and every conceivable training device you could dream of.  Our last leg of the tour was to the indoor training field, and it just seemed to call to me. It was the strangest feeling, and one that really can’t be explained until you are standing there yourself. As silly as it sounds, I had to kneel down and just run my fingers over the turf, and envision the hopes and dreams that are created in this very space. 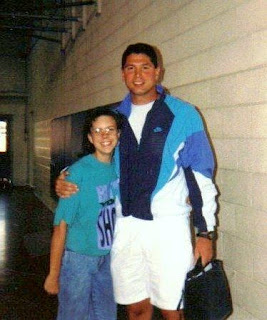 This is where, I must fill you in a part of the story, Coach Monachino was my junior high school teacher, and football coach in Pacific, Missouri, twenty years ago. I reached out to Coach Monachino and the Ravens and sent a picture of the two of us from, the last day of school when I was in eighth grade. As an awkward teenager, I found guidance and a mentor in Ted Monachino. It isn’t every day that you get to sit down and tell someone thank you, twenty years after the fact. I knew that no matter what came of the interview, tour, or time spent at the training facilities, I wanted Coach Monachino to know how much of an impact he left upon me as a young person.
With this in mind, I sat down with Coach Monachino, and asked him “If you could thank someone twenty years later, who would you want to thank?” He gave the question some serious thought and simply replied “My Coach at Mizzou, he was honest with me, brutally honest and told me the truth. It is because of him that I am a coach today, and I have the honor of being a Ravens football coach.” He then shared with me he had the opportunity to tell this man in person “thank you,” a few years ago, and it was a moment that he values today.

I then asked how he finds balance between coaching and family time. How does he step into dad mode, when he walks through the door? He smiled, his face beamed with pride, and said “I have an amazing family and I find no greater joy than taking the time to just talk about their day. My job can be very stressful, and time consuming, often requiring late nights, and time away from home, and through it all I have them to come home to.” He then proudly told me about his children, and how each of them has numerous talents and gifts, regardless of how minor they might be to someone else. The Monachino family has come to really appreciate one on one time, and focused family time, as his son Michael was recently diagnosed with Autism. He said “No matter where I am, I always call after or around dinner time, and really take the time to talk with my family, and tell them how much they really mean to me.”

I asked what his reaction would be if his son Sam told him he wanted to play professional football. He chuckled and said “I would tell my son, it’s time to go to work! See, although he does play football, his heart is on the stage. I love it, as he is amazing up there, and I support him all the way!” We then talked about what it was like to watch his kids play sports and if it was difficult to sit in the stands? He stated very simply “I loved coaching my son’s little league baseball team, but it is their time to shine! I spend my days coaching, and I find great joy in watching them excel in whatever it is that they chose to be involved in. Whether it is sports, the arts, or the latest school play…I live to spend that time with them, and I can sit back and enjoy it without being on the field. Sometimes I need to be in the stands and just be a dad.”

I was amazed at the passion and zeal he had for his family. He reminded me of growing up in the Midwest and made the comment “I want my children and players to know that they can do anything they want to do. I will provide them with the needed tools, and knowledge to get the job done…but I can’t do the work for them. Perseverance and setting attainable goals is the only way to achieve the high standards for which they have set for themselves.”

“My players know that they have a lot of work that needs to be done this season to fill in the loss of Terrell Suggs. They are hungry. They are ready. And this is the season we will do great things if we work together. It is a mental, spiritual, and very physically demanding thing I am asking these players to do for me. This year is a big year for my players and me, but they want it….just as much as I do!” Coach Monachino is driven and loves every aspect of being a Raven’s football coach. He thanked the fans of the Ravens Nation, as they have supported and made him to feel welcome from day one.

Coach Ted Monachino, started out as a young man from the Midwest, but he is doing great things in Baltimore. As  we head into to the third game of the regular season, and the state of Maryland rallies for the Ravens, stop and think about all that he is doing. Father, husband, mentor, friend, and advocate…all titles that most fans are unaware of, but he has found balance and joy in everything he does.  I wish Coach Monachino well in everything he does . He is a true inspiration for all professional dads out there, be it in professional sports or any other industry; there can be a balance and Coach Monachino has successfully found that balance that works for he and his family. 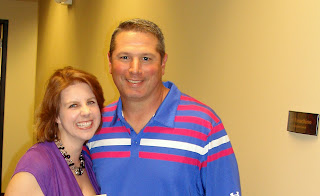