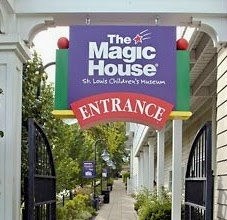 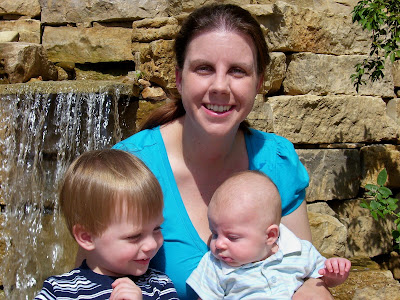 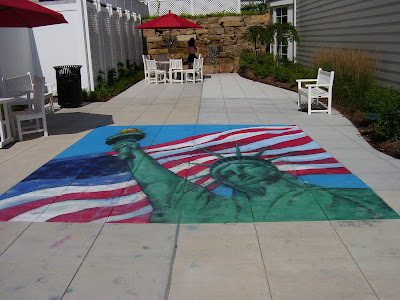 This is a chalk drawing, that had been drawn on the concrete the day before. 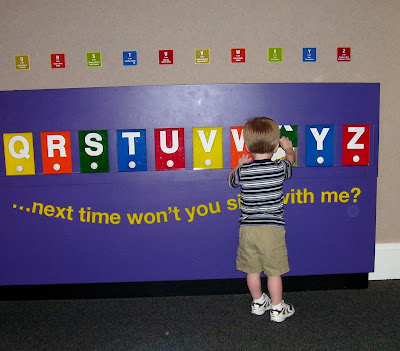 Mikey like opening each door to the alphabet wall, guess which letter was his favorite?
The letter "T," because it had a train inside! 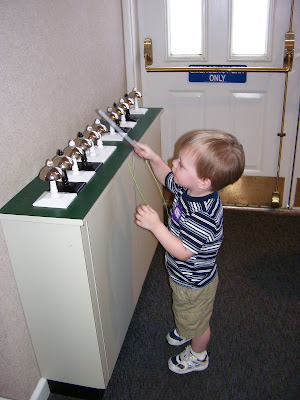 The bells were really fun! 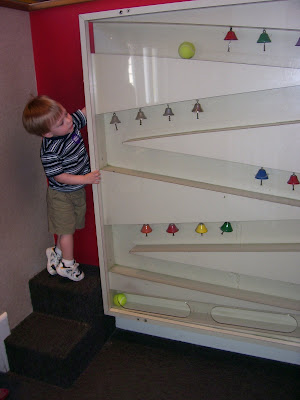 Mikey played with this exhibit for a long time because it had a tennis ball that rolled down, and rang each little bell as it passed by. 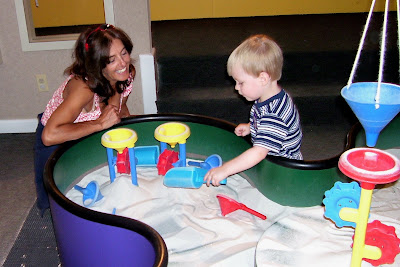 Mikey wanted to play with the sand, until he realized that it stuck to his hands, and he saw that the slide was next... 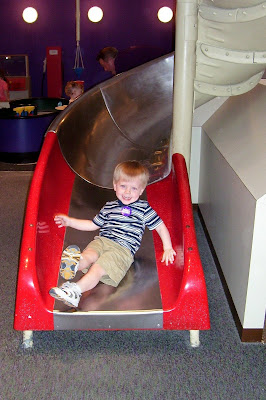 Mikey rode the slide 10 times in a row! 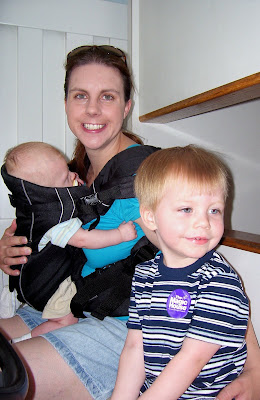 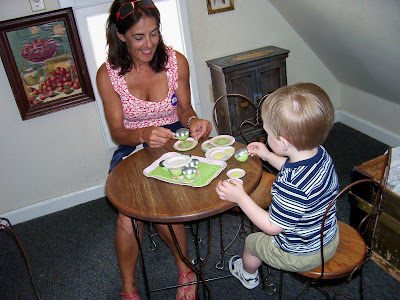 Tea party with Grandma! Would you like 1 lump of sugar or two? 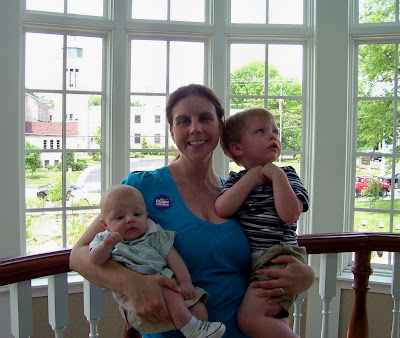 Ryan - Mommy - Mikey
It was a great day at the Magic House.
Mikey really had a good time...Mommy and Grandma were exhausted!