January 14, 2010
Mike received a guitar from Toni at Christmas.
He really hasn't played with it much, as it is heavy.
For whatever reason, he picked it up...and played with it for about an hour!
Rocking out! 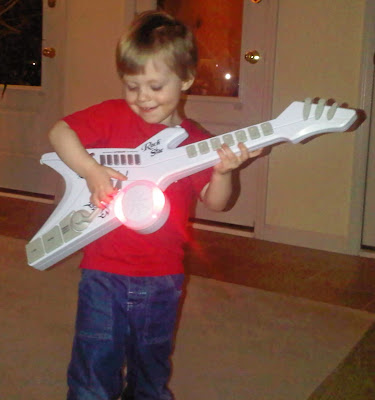 He had his own style of carrying it, the guitar strap got in his way. 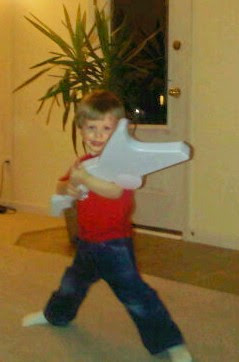 Trying to play the guitar, but it looks like he is going to smash it!
Future Rock Star? 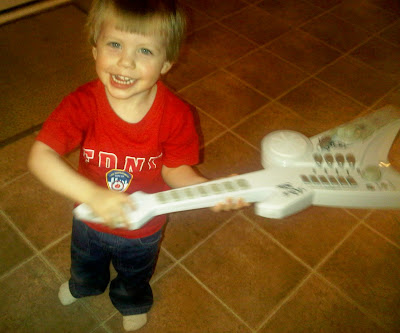