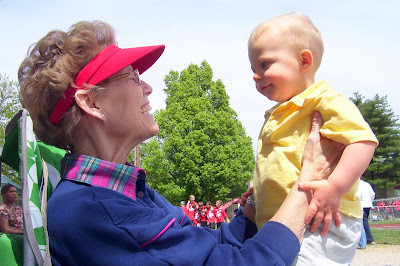 Mikey wanted to go see Dylan, but he was already on the other side of the fence, warming up. 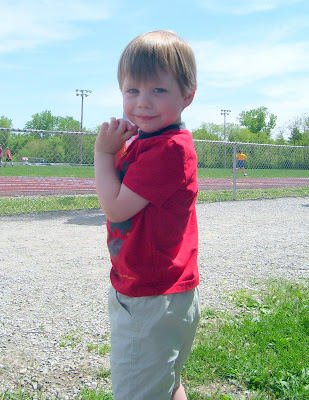 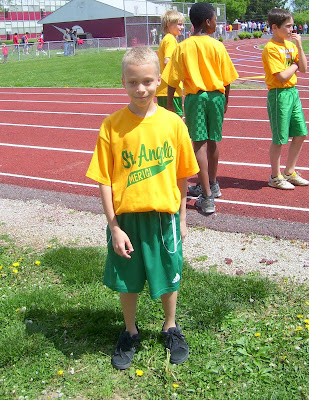 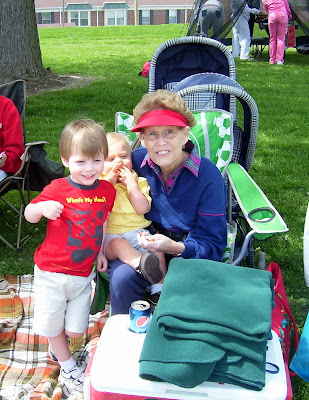 Dylan won his first race the 4 x 1600. He was the 3rd leg of the relay team, and did an amazing job! He ended up handing off the baton, on the other side of the race track...I wish I had gotten a picture of it! 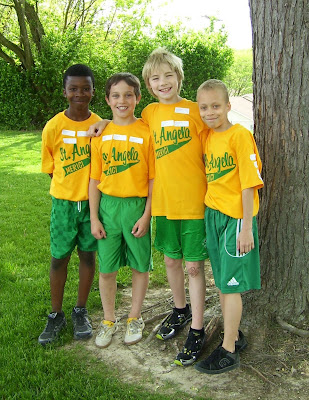 Dylan then competed in the standing long jump. 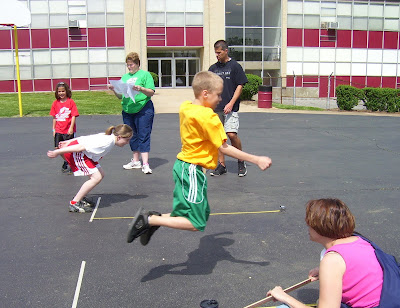 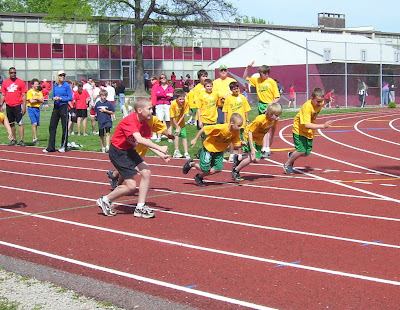 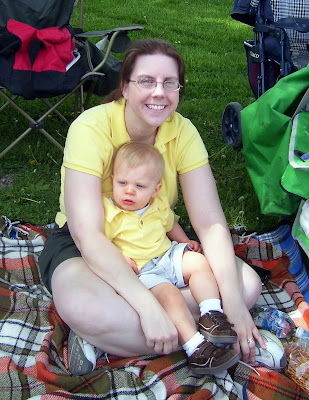 Mikey liked cheering for Dylan. He also entertained himself by finding a large stick, and played with it, when Dylan wasn't racing! It was pretty funny! 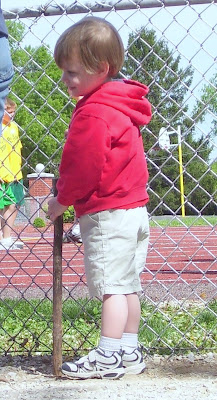