September 25, 2010
The Wehmer family had a reunion, that was held at Great Uncle Norman's House, off of Wehmer Estates Rd. The property is near the original land that my grand parents built their family farm.
Uncle Matt and Mikey 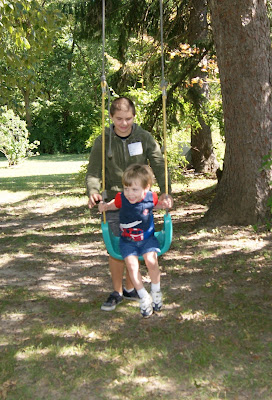 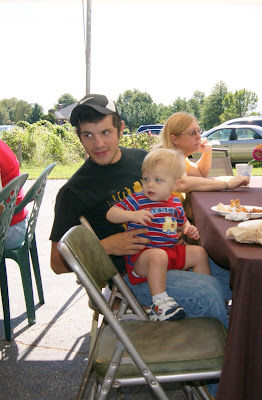 Uncle Matt trying to show Ryan and Mikey how to play the game "washers." 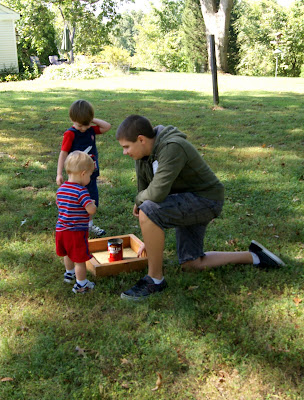 When my Dad was growing up, he was told that there was a lake in the woods, near his uncle's house, but was told that he could never go there or try to find it, as one of our family members almost drowned.
We went for a hike and found it! 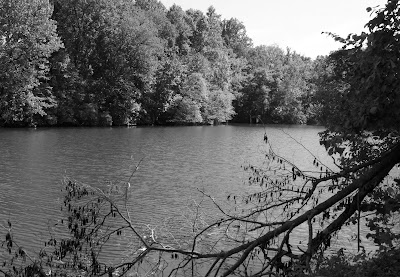 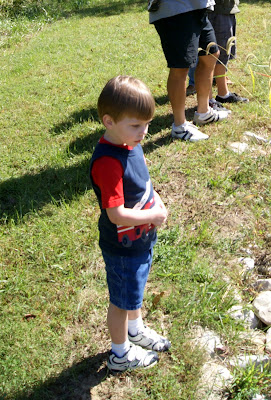 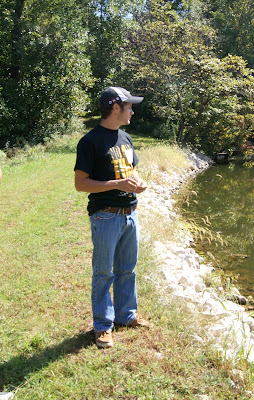 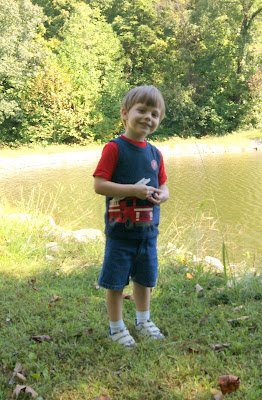 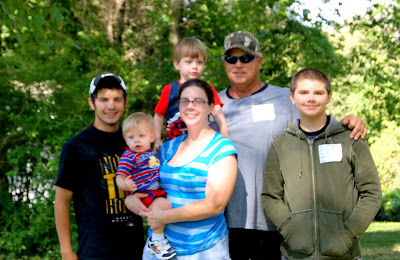