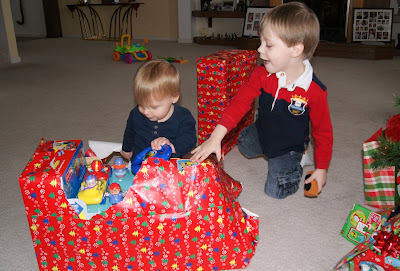 What is it Grandpa? 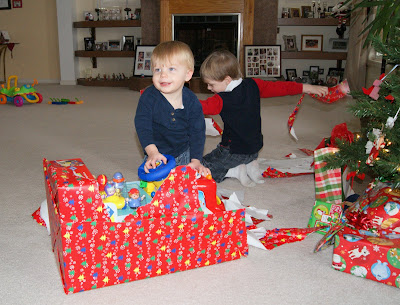 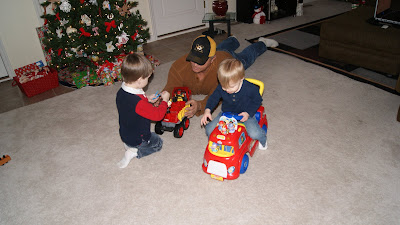 Mikey and Grandpa playing with the new fire truck.
(The name of the fireman? Billy Blazes...sounds like a romance novel character.) 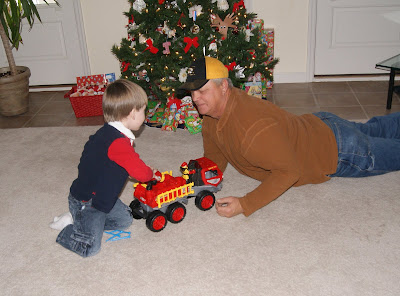 We then headed over to the Wehmer Christmas Eve Bash, at Aunt Jean and Steve's house.
I took this picture of Mikey...."I swear I didn't move anything!"
(See the tree?) 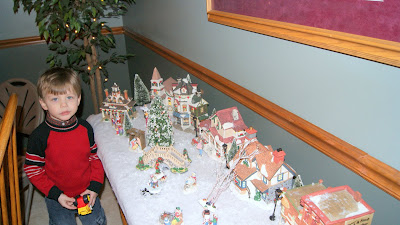 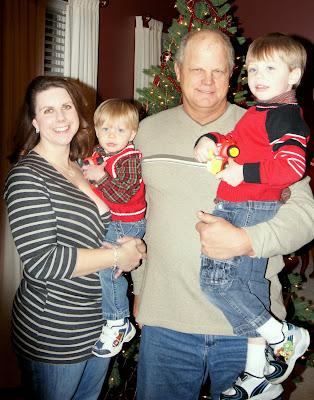 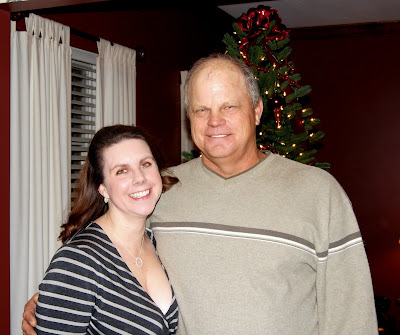 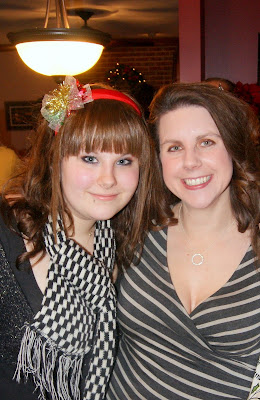 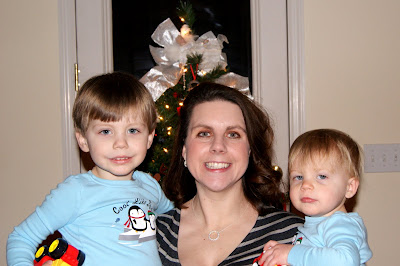