April 29, 2011
Yes, I am a dork, and I was awake at 4am, to watch the wedding of the century!
Prince William married Catherine (Kate) Middleton, in a Fairy Tale Wedding!
(A bad photograph, but it was dark, and it is a picture of our clock, and the television.) 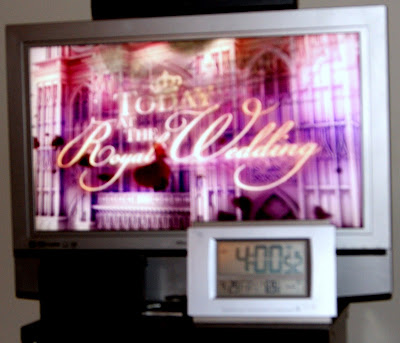 I was glued to the television for 4 hours, hanging on every word and image! Catherine's dress was break taking, and she was beyond graceful!
My favorite moment of all of the footage was by far the moment Harry saw his brother's bride. I can only assume he said "Here she comes, and she is beautiful..wait till you see her!" At that moment he turns and sees her...he just glows with love and awe. The moment was just priceless! 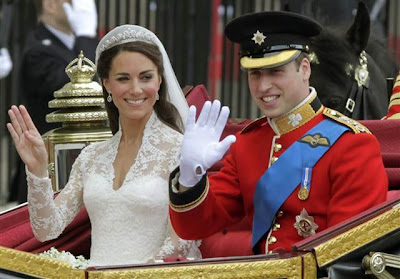 The closest we got the the Royals, was a coffee mug with Kate and Will's picture on it!
O' well we made do, and still took pictures! 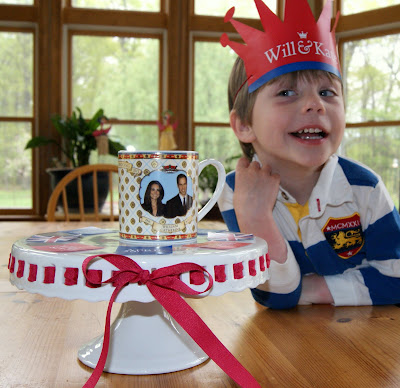 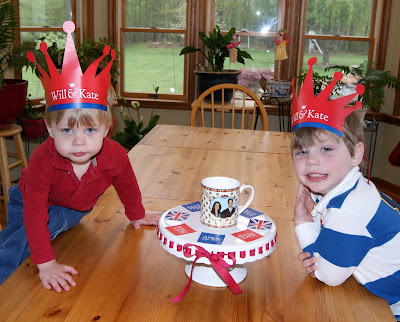 Mikey and his crown in honor of the two Royal love birds! 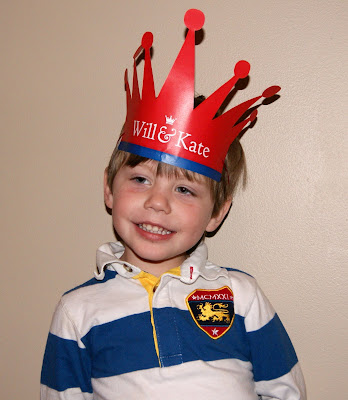 The closest we will ever get to the future King and Queen of England! 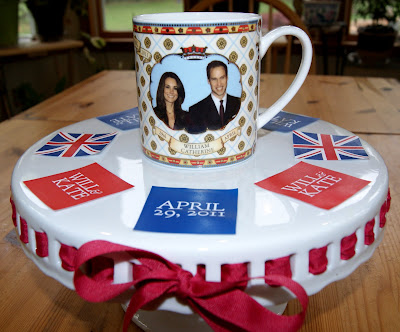 ***Congrats to the Duke and Duchess of Cambridge! It was an honor to join the billions of people across the world watch your special day unfold!***