December 20, 2011
Max, Buddy, and Charlie Brown went on a camp out; with an elf sized tent and sleeping bags! They also roasted marshmallows over the fire! 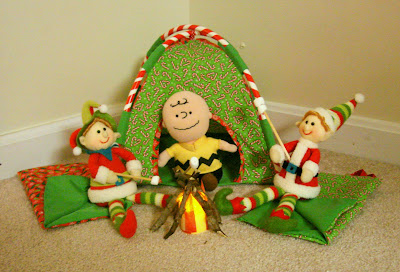 I love the Christmas themed tent, and the candy cane poles! 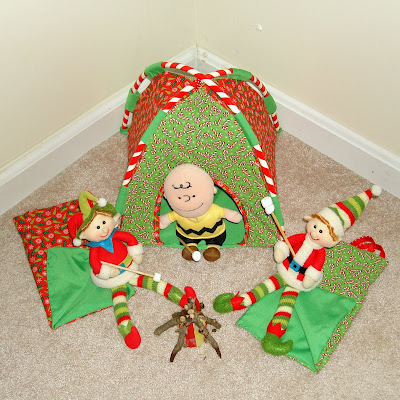 Mikey yelled "Oh my gosh, a tent and fire!" 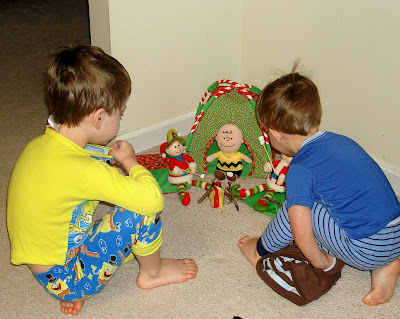 Ryan was telling Charlie Brown to go to bed.
It was just a ploy to eat his marshmallow! 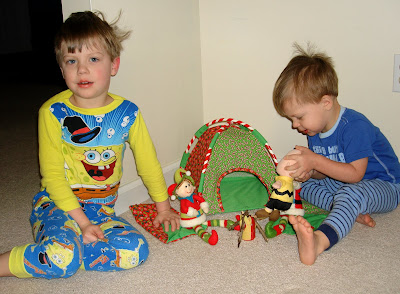 The sleeping bags roll up, and can be tied with a bow! 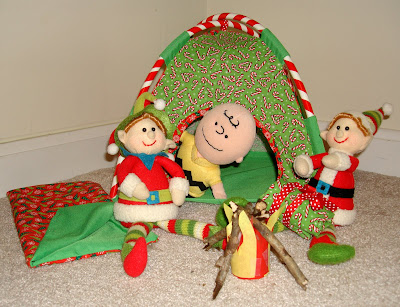 **I made the tent back in October and was shocked at how easy it was. Had I had the time, and not been hiding this project from the kids, I easily could have finished it in one afternoon.

Thank you for the inspiration and tutorial, Sew Momma Sew! Her tutorial is found here.

**I wanted the plain white poles to have some color, so I used thin red electrical tape; and wrapped the poles to look like candy canes.

**You can't really tell in the photos, but I used a battery operated flameless candle I found at the dollar store, at Halloween time. (Used for pumpkins?)