December 17, 2011
The third part to the series and final hammer class of the year, was a big deal for the boys!
They could not wait to finish their train for 2011. 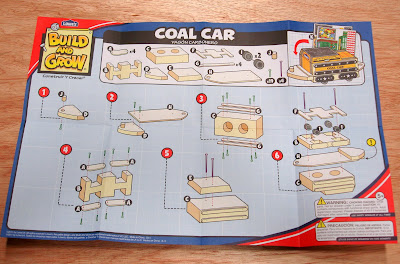 Ryan is getting so much better, he just has to learn to hit the nail in the same pace twice. His coal car has a few gauges...but we wont focus on those! That's what stickers are for! 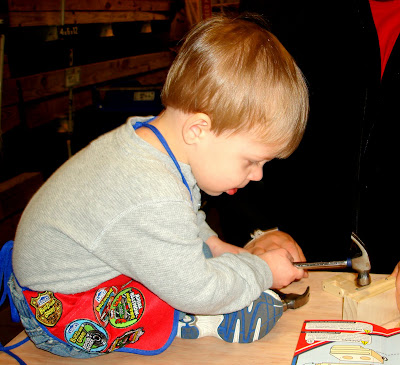 Mikey has really got into class this year, he just needs to learn how to read, so he and Daddy can read the blue prints together! 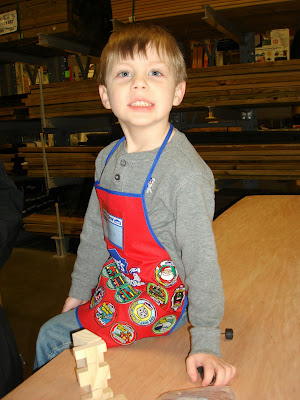 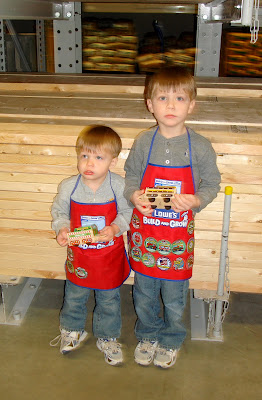 Mikey and Ryan wanted to do different stickers on the coal car. Mikey followed the picture on the package, and Ryan stayed with the Christmas theme!
I love that they aren't afraid to be individuals!
The completed 2011 train set!
(We now have 9 pieces from this year and last year, to set under our tree.)

*Looking forward to 2012's classes...Mikey doesn't know that they are building a dinosaur! He will be thrilled, shhh...don't tell him!