December 31, 2011
On New Year's Eve, we headed to the Inner Harbor, in the city of Baltimore.
On the way there Daddy, told us we would see a big boat!
Little did we know that we were going to tour the historical, US Coast Guard Cutter, the Taney.

Mikey and Ryan thought the the 500lb anchor was huge! 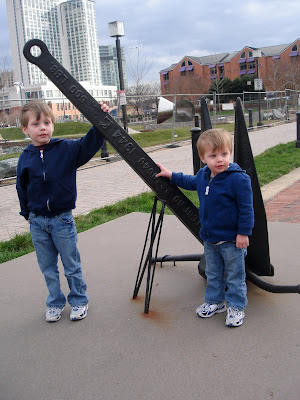 "We get to walk up this walkway? Really Daddy, and we have tickets?" - Mikey 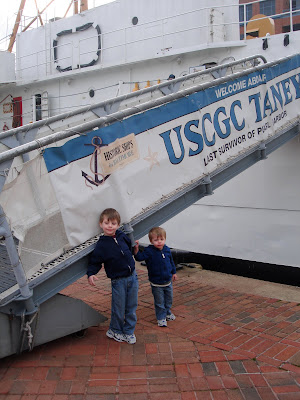 Mikey, Mommy, and Ryan...it was a little windy! 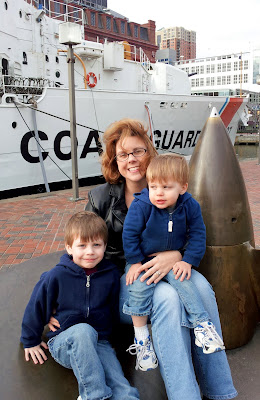 The propeller was also huge, Mikey was just in awe of the sheer size of everything!
(Including the boat!) 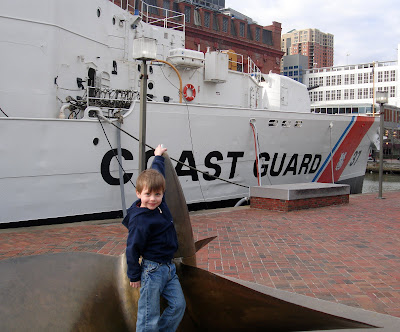 Standing in front of a list of the names of the crew members. 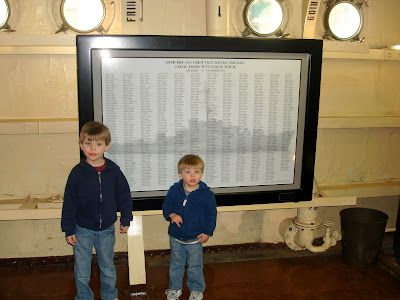 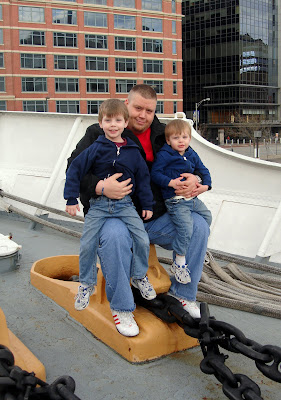 Mikey, Ryan and Daddy then checked out the cannon...
Yes, Ryan was not happy about sitting up so high! 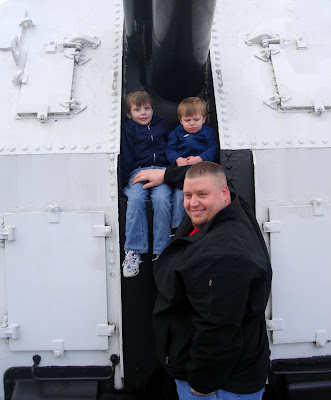 Daddy then showed the boys the water and the ropes, that tied the boat to the dock.
Mikey asked if he could lift them...he tried, and found out that he could not! 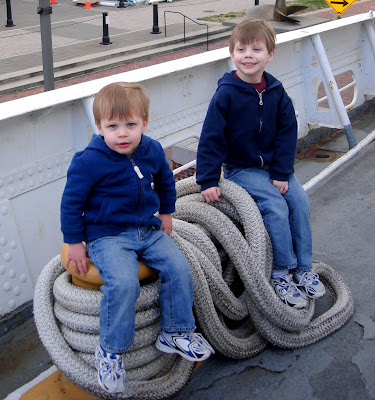 This boat is one of the last two boats left from Pearl Harbor, humbling to say the least.
I am amazed that the crew's bunk beds were 3 high, and the men where packed in like sardines.
The galley, or kitchen; fed hundreds of men, three times a day, and it was very tiny!
(I was reminded of my grandfather and his time spent as a pilot in the Battle of Midway.)
Men lived for months on this boat, and it survived the Pearl Harbor!
As we were leaving a veteran met us, and shook our hands. He told us that June will be the 60th anniversary of the Battle of Midway, and there will be celebrations most of the summer. I never mentioned my Grandfather, but he certainly brought everything full circle! 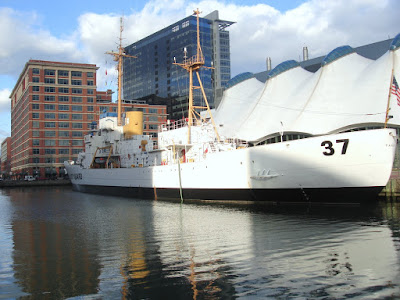 You can read all about the USCGC Taney, here.