January 14, 2012
We kicked off 2012 Lowes Build and Grow Kids Workshop, with a castle. When Mikey found out what the project was he wanted to know if there would be a dragon.
(Every castle needs a dragon, in the mind of a 4 year old.) 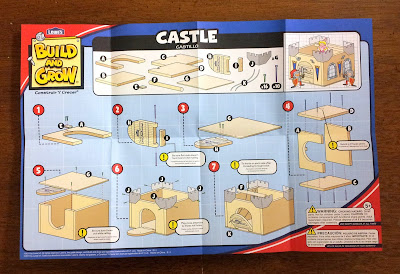 Mikey, Daddy, and Ryan opened the kit, and counted the nails, just to make sure everything was in order, so they could get started. 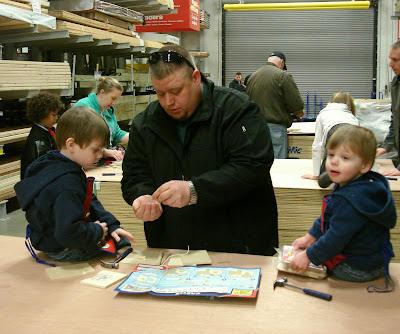 Mikey, is so funny when he uses the hammer. He has figured out that if he drives the nail in too hard, it gauges the wood. He now gently taps the nail...and this step might take 20 taps, but he is so proud when he finally gets the nail in. 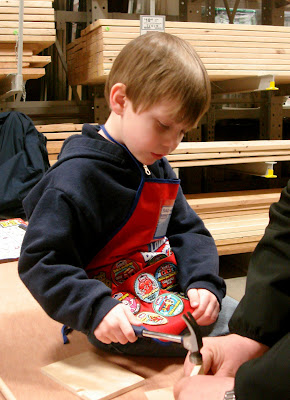 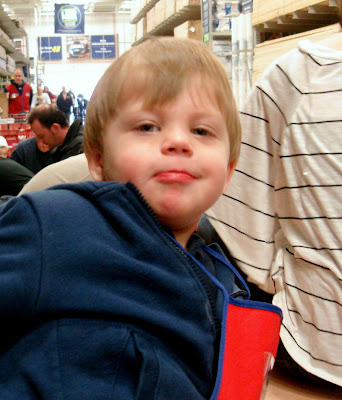 We had a FAIL, with this project. As the projects are made out of balsa wood, there tends to be sections that are fragile, and not designed for my little guy. He went to drive in the doorstop to the drawbridge, and it cracked the door frame in half. When we went to the project leaders desk, we found out that it was a full class and there wasn't any extra projects to work with. When we asked about wood glue, we were told that it was not being offered for this project. (Hmmm, a hardware store that doesn't have any wood glue...very strange and disappointing.) We managed to dry up Ryan's tears, and with an extra nail...made the door frame as stable as we could. 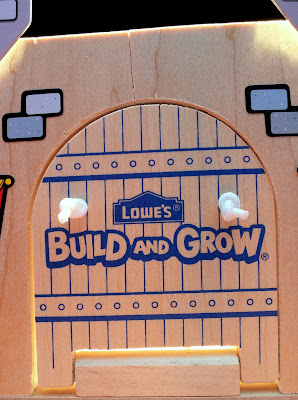 Mikey and Ryan, with their completed castles.
(Look at Ryan, he still isn't happy about his castle.) 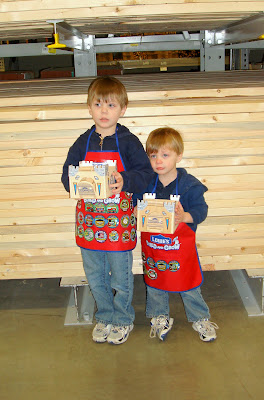