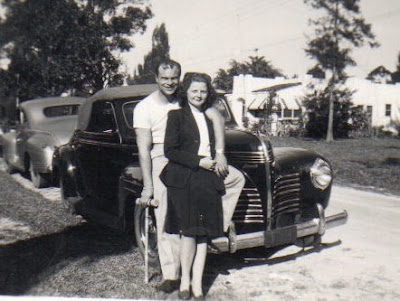 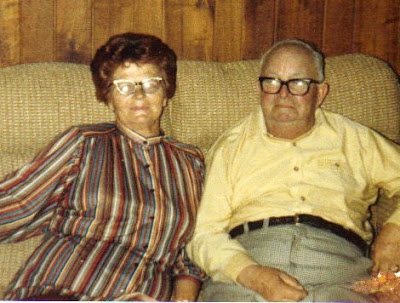 Do you have Grandparents that your children, weren't able to meet as they passed years before they were born? What things did you learn from them? What legacy have they left behind?
My paternal Grandparents, James and Hazel Wehmer, passed many years before Michael Jr and Ryan were born. I can't help but wonder what my Grandma would have thought of Mikey's spunk and personality? Would she think that Ryan looks like me? My grandma Hazel, passed in 1995 while I was still in high school, and James or "Jungle," as everyone called him, passed in 1978. My grandparents were simple farming people; grandpa was a Marine and grandma was a Super Hero in my opinion. They had 12 children, leaving behind family values, that many today would never understand.

My cousin Lindsay Wehmer, said something this week that really hit home, "Family first and forever." Have my kids learned that family comes first, and to love one another beyond reason? What values did you learn from your grandparents? Is there something that you think your children should know about them? If they were here today, what lessons would they teach your kids?

Just a few random thoughts, of two people who helped make me the person I am today.

**PS. - The last picture is of Hazel and Great Grandpa Snoddy. (Yes, Aunt Jean I knew that!)**