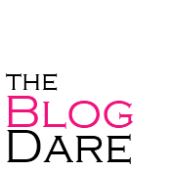 Today's Prompt: The most interesting person I have met on vacation...

I have never met anyone famous, but I have met some interesting people while on vacation. I went on a school trip, when I was in eighth grade to see the Nation's Capital in Washington D.C. to see the many monuments and museums. As goofy teenagers from Missouri, most of my classmates were more interested in flying in a plane for the first time, staying in a hotel without our parents, and seeing how much we could get away with while running around famous museums.  My aunt bought me a travel guide, and I spent days soaking up all of the information I could. My friends called me the "tour guide," and told everyone that I knew a ton of pointless facts. I had a mental list of things I wanted to see and could not wait to get to our Nation's Capital. 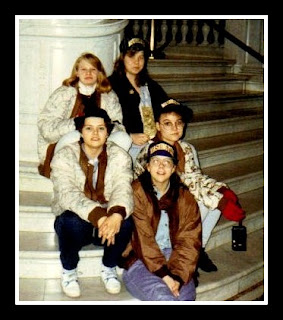 Once we arrived, we had horrible weather, and I was wondering if we would even be able to see many of the outside venues and places of interest noted on our itineraries. It rained each day we were there, to the point we had to turn our leather coats inside out. The days flew by, and I started crossing things off in my travel guide. I snapped lots of pictures, bought souvenirs, crushed on our waiter at the Hard Rock Cafe, flew through the Smithsonian way faster than I would have liked, and almost got mugged near Georgetown. 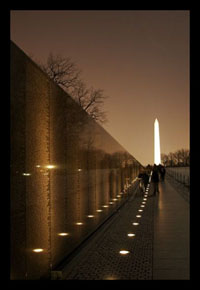 We then hopped back on the bus, and were told that our next destination was a place of reverence, and we were not to speak loudly or make a big deal over those visiting who might be crying or standing with their hand on the wall. When we finally unloaded from the bus, the Vietnam Veterans Memorial Wall, was breath taking. The statuary in the field was moving and you could just feel the level honor and respect that was due on the Memorial site. Many of our group walked in twos or threes, but I stood back a moment and just let everything soak in. There were many mementos, flowers, dog tags, and pictures next to the Wall. I slowly walked up to the Wall and ran my finger tips over several names on the reflective surface, and knelt to say a quick prayer. I was humbled and in awe of the number of names, and the length of the Wall, it almost seemed unending from where I stood. It was then that a man approached me, and asked if I knew the man who's name, that I had just touched on the Wall?
He asked where my group leader or teacher was, and I pointed out Mr. Brown. He had a quick conversation with my teacher, and we were asked to gather near the names I had touched on the Wall. My fellow classmates and I were told that the man had been coming here for weeks, and came every day to spend time with his Son. He often just stood back and watched the numerous tourists come and go, but no one had ever touched his Son's name. He said that his Son was not much older than we were, and had been drafted right out of high school. His Son was just one of many young men from their community, but his boy was the only one that did not come home. He wanted to thank us for coming to honor his Son, and to know that times were very different during the days of the Vietnam War, and many of the young men that came home, were not honored as heroes. Because of the Wall and the Vietnam Veterans Memorial Park, he felt his Son was finally honored in a way that should have been done years before. He thanked us for our time, and shook my teacher's hand. He never gave his name to me, or told me which name was his Son, but explained that each name up on the Wall belonged to him, and the thousands of parents that lost children during the Vietnam War. He only spoke a few minutes, but his words hit home. This man, with his deep blue eyes, has stayed with me for years. As a young person, he left a huge impact on me to never forget our Veterans! He will always stand out, and reminded me that we must always honor our troops currently serving, and our Veterans. Although I never knew his name, to me he came to represent the numerous parents that have shared in his loss and for those who were never honored in the way they should have been. To this day I think of this Father every Veteran's and Memorial Day. Thank you for sharing your story with us, and thank you for your Son's service.

Have you ever taken the time to speak with a Veteran? Did you know there are currently 58,261 names on the Wall?  Have you thanked a parent who has lost a child while serving or asked to hear their story? Who have you met while on vacation that left a memory, that will always stay with you?