October 29, 2012
I am so excited to share with you the debut album all "MannFans," have been waiting for! The long wait is over, and the debut album Roads is everything I hoped it would be; it is moving, uplifting, and romantic. Chris Mann, breaks out with "Roads," "Cuore," and "Falling," each unique with the clarity and artistry, that only Chris Mann fans know and love! Roads has an eclectic assortment of songs, ranging from Willie Nelson’s “Always on My Mind” and Lady Antebellum’s “Need You Now” to “Ave Maria” and Damien Rice’s “The Blowers’ Daughter,” featuring Christina Aguilera. The album Roads is available everywhere on October  30th, and join us as we applaud Chis Mann! 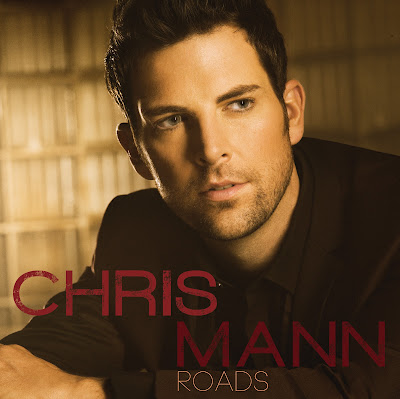 This time last year, Chris Mann faced his make-or-break moment. “I remember it was Halloween night and my blind audition for The Voice was just a few days away,” Mann recalls. “I was a nervous wreck. I went to The Voice with the hope of just making the show.”

What a difference a year makes. Now Mann is signed to Faircraft/Universal Republic, a new label formed by renowned producer/music executive Ron Fair. He’s also releasing his major label debut, Roads, a bold re-imagining of the classical-pop genre. The aptly-titled album represents the culmination of a long and challenging journey for this gifted and dedicated young artist, who’d been pushing forward against what had appeared to be overwhelming odds.

After studying opera at Vanderbilt in Nashville, the Wichita, Kansas, native had spent years singing in clubs and auditioning for record labels without a nibble, until three years ago, when one classical label took a chance on him. Mann was working on what would have been his debut album when he was abruptly dropped, the victim of a wholesale regime change at the company. Devastated, he started working behind the scenes as a session singer on Glee, and occasionally getting on camera as a member of the fictional vocal group the Warblers. He was making a decent living, and for a while he managed to convince himself that it was what he should be doing with his career.

“I never doubted my talent, but I had so many people not know what to do with me that I started to think I was weird,” Mann explains. “So I spent the next couple of years doing pop, until I realized I was wasting my time, and my voice, trying to dumb it down. I decided to go back to the genre I love—what I’d dedicated my whole life to learning how to do—classically based pop music.”

When he strode onto a sound-stage at Sony Studios to perform Andrea Bocelli’s “Because We Believe” for his Voice audition, Mann was more nervous than he’d ever been before a performance. “It was a combination of knowing that this was bigger than anything I had ever done before and realizing that it could change my life,” he says. “I just sensed that that something different was gonna happen this time—something good.”

Mann’s intuition was right. He killed it that day and was selected to be on Christina Aguilera’s team. "As the first serious classical singer on one of these shows, I couldn't believe it when I kept getting voted through, week after week. These people who kept voting for me were my fans—they gave me back my confidence and helped me find my true voice.”

After the series ended, Mann signed with Faircraft—serendipitous in that back in 1998 Fair, then senior vice-president of A&R for RCA Records, had signed, oversaw and supervised  Aguilera’s career. The decision was a no-brainer for both Mann and Fair. “Ron is a believer,” says Chris. “He has a passion for classical crossover music—he gets it.” Together, they immediately began conceptualizing of the album project—or projects, including a Wal-mart exclusive Christmas EP. 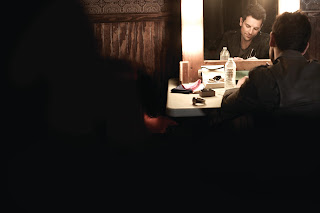 “These guys are pros and they all speak the same language,” says Mann. “Still, it was amazing how smoothly and quickly it all went. We got 16 tracks—the album and the EP—done in six weeks. That’s because the vision was so clear.”

Roads boasts a wildly eclectic assortment of songs, ranging from Willie Nelson’s “Always on My Mind” and Lady Antebellum’s “Need You Now” to “Ave Maria” and Damien Rice’s “The Blowers’ Daughter,” with the latter featuring a special guest appearance from Aguilera. About “The Blower’s Daughter” and singing with Chris, Aguilera says, “It's a beautiful song and I really respect the way he’s expressing himself on the album. Everything from his tone, to his richness, to his soulfulness comes through loud and clear.”

Mann co-wrote two songs, “Cuore,” based on Bach’s “Air on a G String,” and the contemporary ballad “Falling.” A widescreen take on Coldplay’s anthem “Viva La Vida”—which sounds like it was written expressly for Mann to sing—provides the album with an ecstatic climax.

While Mann chose most of the material himself, it was Fair who instigated what would become the album’s centerpiece, hooking up with Paul Anka, who was so taken with Mann’s voice and story that he reworked “My Way” specifically for Chris. Anka tweaked the lyrics so that instead of being about a guy looking back, this new version is written from the point of view of a young man looking hopefully ahead—a notion central to the theme of Roads. 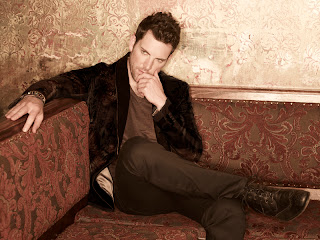 That Anka would, for the first time ever, massage this Frank Sinatra-associated standard for him to sing meant a great deal to Mann, whose late grandfather had himself once headed to L.A.in an attempt to make it as a Sinatra-influenced crooner, only to shelve his dream, return to Kansas and start a family. “I was raised on Sinatra by my granddad, so I have a strong connection to him as I’m pursuing my own dream,” says Mann in a particularly emotional moment. “If he’d known that I’d one day be working with Paul Anka, and that I’d be recording the only other official version of ‘My Way,’ he would be so proud and excited.

About Mann’s take on the classic song, Anka says, “"It’s uniquely special.  [Chris has] now established a whole new level.  [My Way] has a whole new life to it.  The arrangement is amazing."

“‘My Way’ is the anchor of the album, but [lead single] ‘Roads’ is the cloth from which I want everything to be cut,” he continues. “It was given to me by Keith Thomas, who produced it, and I connected to it immediately. The concept is about how life can throw you a curve ball or it can change everything overnight, but either way you have to stay on this road and it will lead you home. That’s exactly how my road has been—a marathon that’s brought me to this new beginning.”

Having realized one lifelong dream, Mann acknowledges there are more dreams still unfulfilled. “I would love to sing on an ancient amphitheater stage somewhere in Europe,” he says, “and I’ve always fantasized about winning a Grammy.  I can’t wait to see where this road I’ve been on for so long leads me next.”


You can visit ChrisMannMusic.com for all of the latest news, and to view the latest videos! 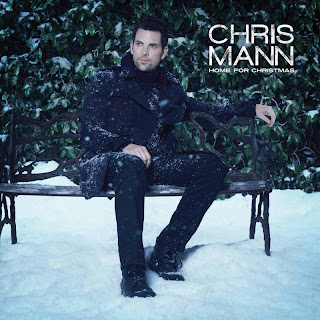 *This is a review post from One2One Network. I was provided with a copy of the #Roads album and I am eligible for a prize drawing. All opinions stated are 100% my own.