It is hard to believe that it is already that time of year, but Hallmark would like help you countdown to the holidays!  From December 1st through December 25th, you will be greeted each time you turn the dial, of the North Pole Countdown, with the voice of a jolly radio announcer telling you how many days are left till Christmas! 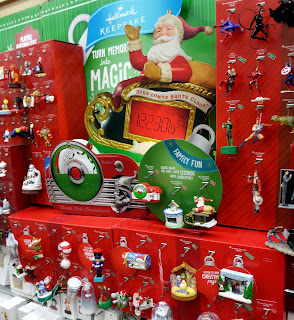 We stopped by our local Gold Crown Hallmark, and were drawn to the beautiful Keepsake Ornament display that greeted us as soon as we walked into the store! This year they have three new ornaments that will help you count down each of the special days during December; Countdown to Christmas, Countdown to Jesus' Birthday, and North Pole Countdown. Have you seen all of the exciting and new ornaments for 2012? (Make sure you pick up the 2012 Dream Book, and information on how to join The Keepsake Ornaments Club, for special offers and exclusive ornaments only offered to members.) 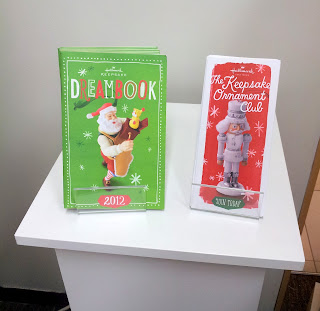 We loved looking at the Recordable Storybooks, which featured, All I Want For Christmas, The Very First Christmas, and Rudolph The Red Nosed Reindeer. I have added several of these to our wish list, as I would love for our out of town family members to record the story in their voice, as we will not see them this holiday season. I value and really love the time we spend together, and the idea that grandparents would be joining us at story time would be very special! 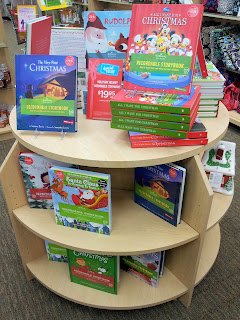 Each of us picked out a Keepsake Ornament that we hope to find in our stocking: 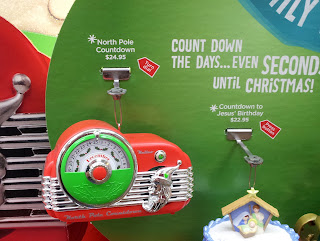 I am so excited to be hosting a giveaway for Hallmark! One lucky reader will win a North Pole Countdown Ornament, just by entering the giveaway. The giveaway will end on 11/14 at midnight, and a random winner will be selected via Raffelcopter. Open to USA and Canada addresses only (No P.O. Box) Winner will be contacted by email, and product sent directly from Hallmark, once a home address and phone number has been provided. Winner has 48 hours to respond, before another winner is selected. 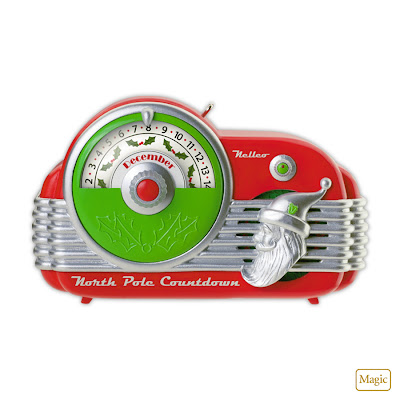 
Facts
·    More than 300 new and unique ornament designs are available in 2012.
·    According to Hallmark research, the top five reasons for buying and displaying Christmas ornaments are:
1) to commemorate a milestone
2) to recall a special memory
3) to represent a child or grandchild on the tree
4) to one day pass along the ornaments as heirlooms
5) to express the individual's personality.

·    Many consumers tell Hallmark they view Hallmark Keepsake Ornaments as more than just a holiday decoration. Each year as they place their ornaments on their trees, it helps them relive special memories and remember special people and events.  Hallmark introduced Keepsake Ornaments in 1973.

Product History
Christmas trees first appeared in America in the 1700s. Decorated trees were brought to America by Hessians – German mercenary soldiers fighting in the Revolutionary War – but didn't become widely popular until people saw the ornaments brought to America by families emigrating from Germany and England in the 1840s.
In 1973, Hallmark introduced a small line of six glass ball ornaments and 12 yarn figures as the first collection of Hallmark Keepsake Ornaments. The longest-running current ornament series is Frosty Friends, now in its 33rd year. Since the line's inception, Hallmark has introduced more than 3,000 Keepsake Ornaments and more than 100 ornament series. More than 500 local chapters of the national Hallmark Keepsake Ornament Club are active in the United States and Canada.

Do you buy ornaments every year? Are you already dreaming of the holidays? What Keepsake Ornament do you want to add to your wish list? I would love to hear your thoughts and comments!

*This is not a compensated review. I was sent a North Pole Countdown to share with my family, and asked to host a give away. All thoughts and opinions are mine.