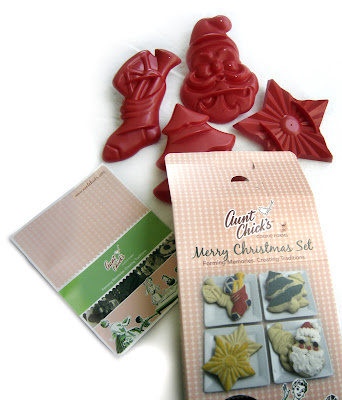 Carrie Greno Falzone, is the founder of Gramma’s Cutters, a Rochester, New York-based entrepreneurial mom to two-year-old Eva Simona.  She is expecting another child in May 2013.

Aunt Chick’s Cookie Cutters were out of circulation since the 1970’s, until Carrie located 18 thousand of them in a warehouse in Tulsa.  Carrie’s own grandmother had bought a set of the cutters in 1949, which had begun to wear out in the late 1980’s.  After unsuccessfully trying to restore them, using glue and then resorting to dental molds, Carrie began looking for replacements.  She found a seller in Tulsa, who sold her a Merry Christmas Set, and when she asked where he found them, he told her about a gym teacher who had a warehouse filled with 18 thousand of them.  Carrie tracked him down and bought the whole lot.

Prior to founding Gramma’s Cutters, Carrie had been working as a graphic artist and web designer.  Once she acquired the Cookie Cutters, she immediately built a website, purchased an ad in Martha Stewart Magazine and hoped for the best.  Aunt Chick’s Cutters were an instant success.  Within three months she sold them all and recouped her initial investment.  She later purchased the original injection molds that were in a storage vault in Tulsa, and began producing five different sets of Aunt Chick’s 3D Cookie Cutters.

With the new addition of Eva Simona, Aunt Chick’s Cookie Cutters have now touched four generations of Carrie’s family, providing them with memories and traditions that will extend to many generations to come. 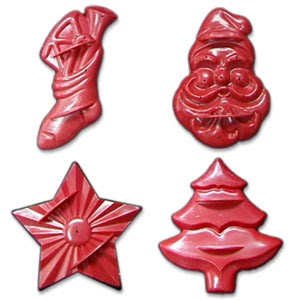 This recipe is easy to work with and tastes yummy! An easy decorating idea is to add color gel to your dough before cutting out your cookies. Your cookies will come out looking perfect every time.


Combine mixtures until even

Chill: Separate dough into 3 balls, wrap in plastic and refrigerate 5 hours to 3 days (dough tends to stick in cutter unless very chilled) or freeze up to one month. (Thaw completely in the refrigerator)

Bake: 375 degree oven for 7 minutes on parchment paper on cookie sheet until barely tinged around the edges. Transfer sheets to wire racks until cookies firm up, then transfer cookies to wire racks to cool completely. Store in airtight container for 3 weeks or freeze for several months.

For a sweeter cookie roll out dough in powder sugar vs flour. Prep cutters once with non stick spray and frequently with powdered sugar or flour. (Tap out all excess powder in cutter to preserve detail.) Follow Aunt Chick's directions for cutting dough.

Cookies can be decorated with royal icing, frosting or simple sanding sugar. 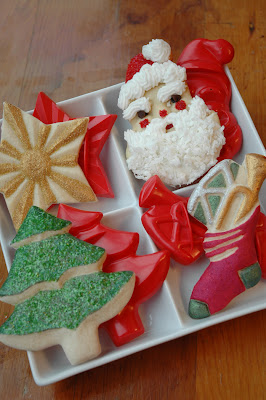 Please visit grammascutters.com or contact them at 888-662-8373 to place an order over the phone!

*I was not compensated for this review, but sent a of Aunt Chick's Merry Christmas Set, for my review. All thoughts and opinions are 100% my own.