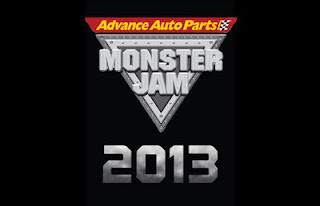 Advance Auto Parts Monster Jam®, the world’s premier monster truck series, will roar into Baltimore, MD. and the 1st Mariner Arena, March 2-3, 2013. This year’s show will feature eight Monster trucks, including four world champions and three making their debut appearance at the 1st Mariner Arena. Advance Auto Parts Grinder®, Captain’s Curse and Crushstation, never before seen at the 1st Mariner Arena, will be joined by Grave Digger®, Spider-Man™, Madusa®, Max-D® and Higher Education. These twelve-feet-tall, ten-thousand-pound machines will bring you to your feet, racing and ripping up a custom-designed track full of obstacles to soar over - or smash through. Monster Jam provides a massive night's entertainment tailored perfectly for your family's budget, and these colorful, larger-than-life beasts are sure to capture the hearts of both young and old. 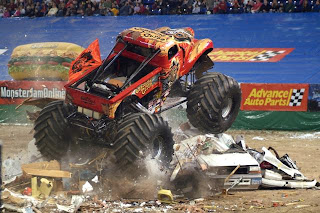 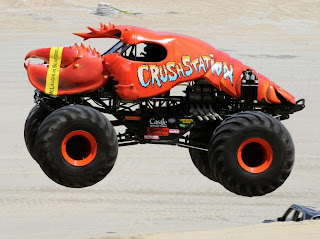 Monster Jam, sanctioned by the United States Hot Rod Association®, is the most popular monster truck tour, performing to over 4 million fans annually at the most prestigious arenas and stadiums throughout the world. Monster Jam shows consist of three main fan-favorite elements – the pit party, racing and freestyle.