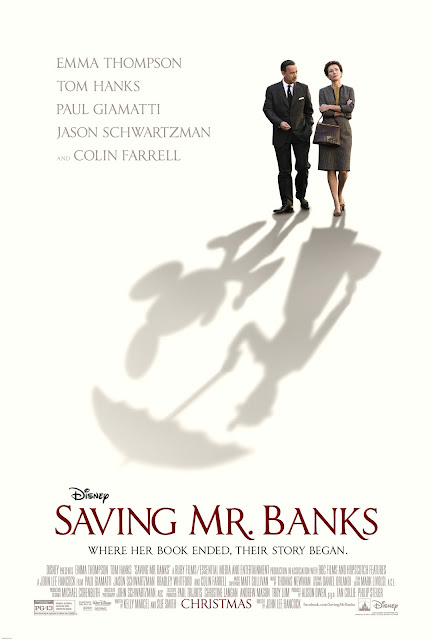 For those two short weeks in 1961, Walt Disney pulls out all the stops. Armed with imaginative storyboards and chirpy songs from the talented Sherman brothers, Walt launches an all-out onslaught on P.L. Travers, but the prickly author doesn’t budge. He soon begins to watch helplessly as Travers becomes increasingly immovable and the rights begin to move further away from his grasp.

Inspired by true events, “Saving Mr. Banks” is the extraordinary, untold story of how Disney’s classic “Mary Poppins” made it to the screen—and the testy relationship that the legendary Walt Disney had with author P.L. Travers that almost derailed it.