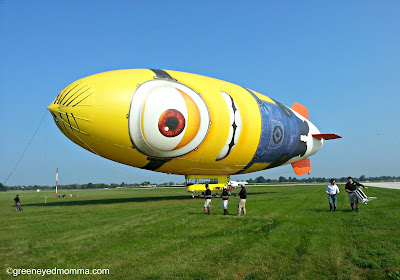 Many Despicable Me 2 fans, across the St. Louis area reported seeing a one-eyed Minion in the sky on Tuesday. It isn't every day that a bright yellow Minion flies over the St. Louis Gateway Arch, but on Tuesday photos started popping up on social media. The Despicablimp is touring the US, as part of a promotional tour for the Despicable Me 2 movie that was released this summer. 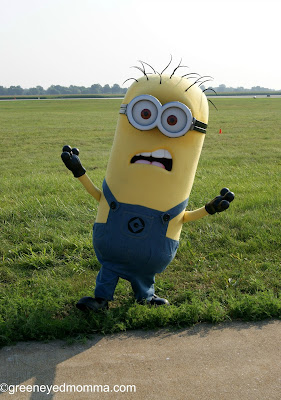 I was so excited to be greeted by Jerry, the two-eyed Minion, when I arrived for my flight in the Despicablimp! Did you know that there are many different kinds of Minions? Jerry, is famous for saying "Whaaat?!" His spiked hair and grimace, are what sets him apart from the other Minions created by Gru. 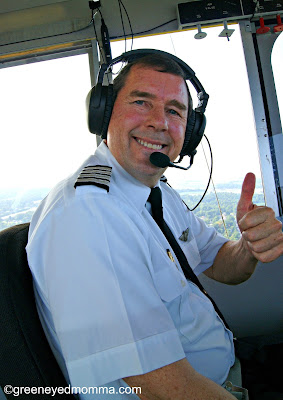 The Despicablimp is only one of 15 airships flying in the world today. It is an A-150 blimp, at 165-feet long, 55-feet high, 46-feet wide, and is hard to miss! I was overwhelmed by the sheer size of the Despicablimp as we were led out to a grassy area in the middle of the airfield. The 8  to 12 man Despicablimp crew held tethering ropes, while we quickly boarded the small gondola. Allan Judd, the chief pilot welcomed us, and asked us to put on a head set. I was shocked when he asked me to sit in the co-pilot seat! (The gondola only seats 6-7 passengers, and the pilot!)

I was very surprised at how smooth the take off was, and how little "runway," was needed! Our pilot was fantastic, and shared many details with us while we were in flight! He also shared with us a story of flying near an American bald eagle, who was very surprised to see a blimp in his flight path! The windows of the gondola (seating area) were open, and you could feel the wind as it passed over your skin or rustled your hair!
Our tour flew over the Alton Lock and Dam, Clark Bridge, and other well known sights from as high as 10,000 feet! The ability to capture these views looking out an open window of the Despicablimp, truly was a rare treat! 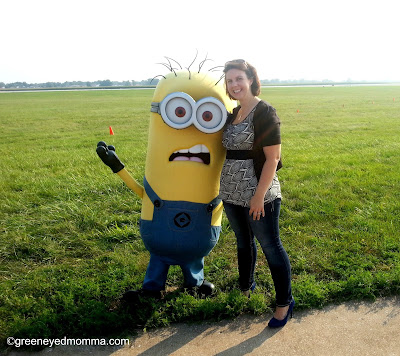 Our Despicablimp pilot Allan and his crew, have takeoff, flight control, and landing down to an art form. There are generational hand signals used by the crew to communicate with the pilot on board, and as I was in the co-pilot seat, I watched this process with fascination  The crew of the Despicablimp tether the airship while it is on the ground, often with 3 or 4 men holding each line! Our group watch the Despicablimp take off once again, once our feet were safely on the ground! 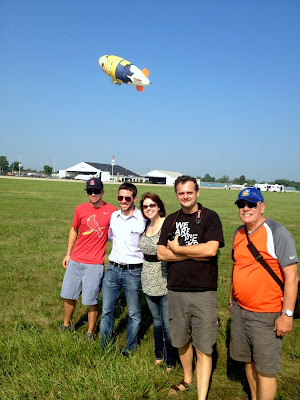 Despicable Me 2 features the return of (former?) super-villain Gru (Steve Carell), his adorable girls, the unpredictably hilarious Minions...and a host of new and outrageously funny characters. Universal Pictures and Illumination Entertainment’s worldwide blockbuster Despicable Me entertained audiences around the globe in 2010, grossing more than $540 million and becoming the 10th-biggest animated motion picture in U.S. Now in theaters, get ready for more Minion madness!