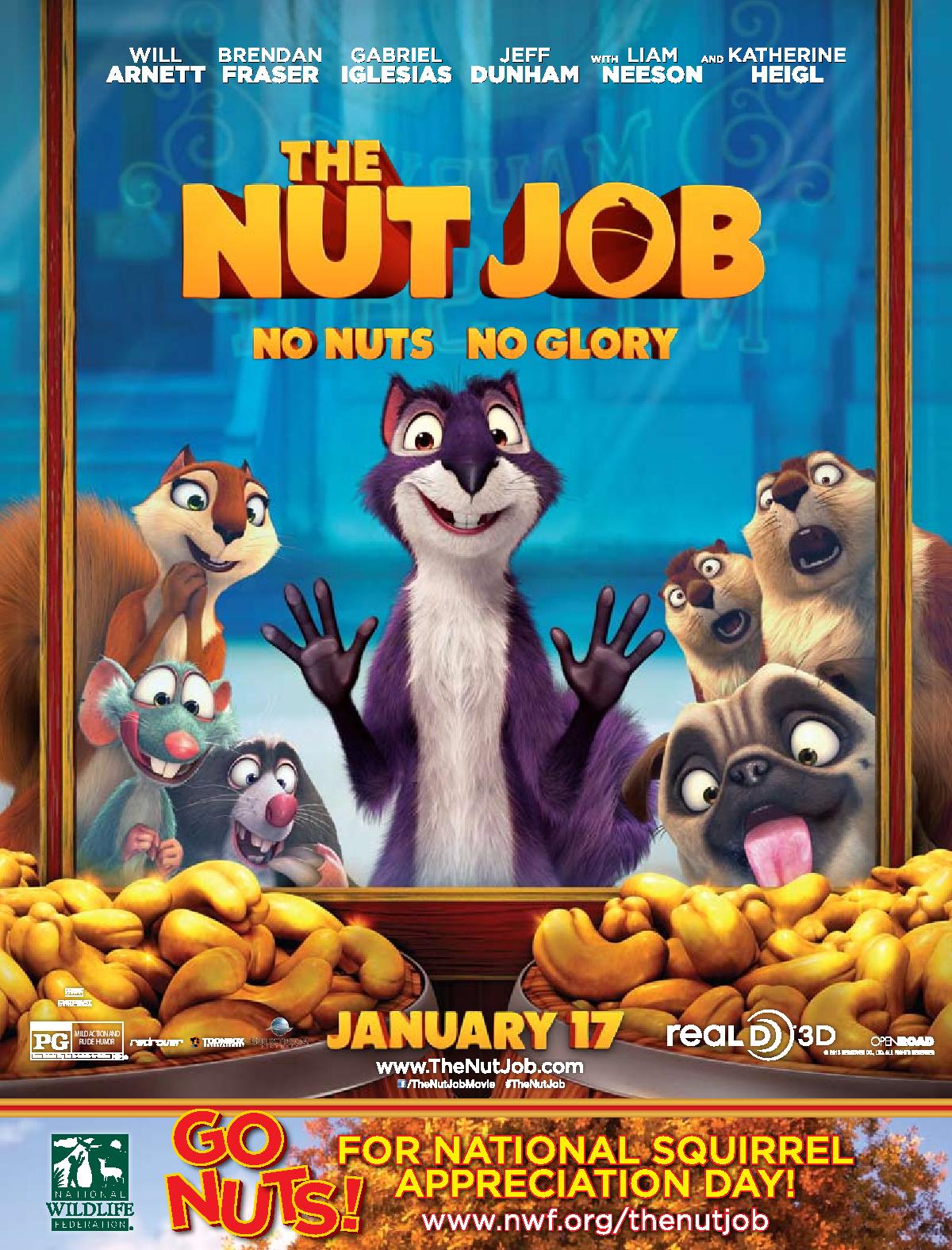 National Wildlife Federation (NWF) is teaming up with Open Road Films, RedroverCo., Ltd. and ToonBox Entertainment for the release of The Nut Job, opening in theaters nationwide on January 17. As the education partner for the new animated film, NWF is providing resources to help kids, parents, teachers and animal enthusiasts of all ages celebrate some of our most clever, acrobatic backyard inhabitants on January 21 for National Squirrel Appreciation Day.

In animated 3D, The Nut Job is an action-packed comedy that follows Surly (voiced by Will Arnett), a mischievous squirrel, who must plan a heist to get into his town’s biggest nut shop so that his park pals can gather enough food to survive winter. With his sidekick, Buddy, he assembles a ragtag crew to help him get inside and takes them on a fun-filled adventure.

“National Wildlife Federation is the perfect education partner for this film,” says Will Arnett. “I am glad to be part of a project that shows how wonderful these sometimes unappreciated animals can be.”

“Having just made a film in which I play a squirrel, I’m very partial to them, and am delighted to hear that the National Wildlife Federation is celebrating National Squirrel Appreciation Day, encouraging us to celebrate backyard wildlife every day,” says Katherine Heigl.

“We hope the lessons of working together and sharing that Surly learns will encourage kids, families and wildlife enthusiasts of all ages to help us plant trees to provide homes and food for squirrels and other wildlife through NWF’s Trees for Wildlife program,” says Carey Stanton, NWF’s senior director for education.

The Nut Job opened in theaters on January 17th, see it now!