Will Kermit Frog Finally Say "I Do"? #MuppetsMostWanted

Will Kermit the Frog Finally Say “I Do”? 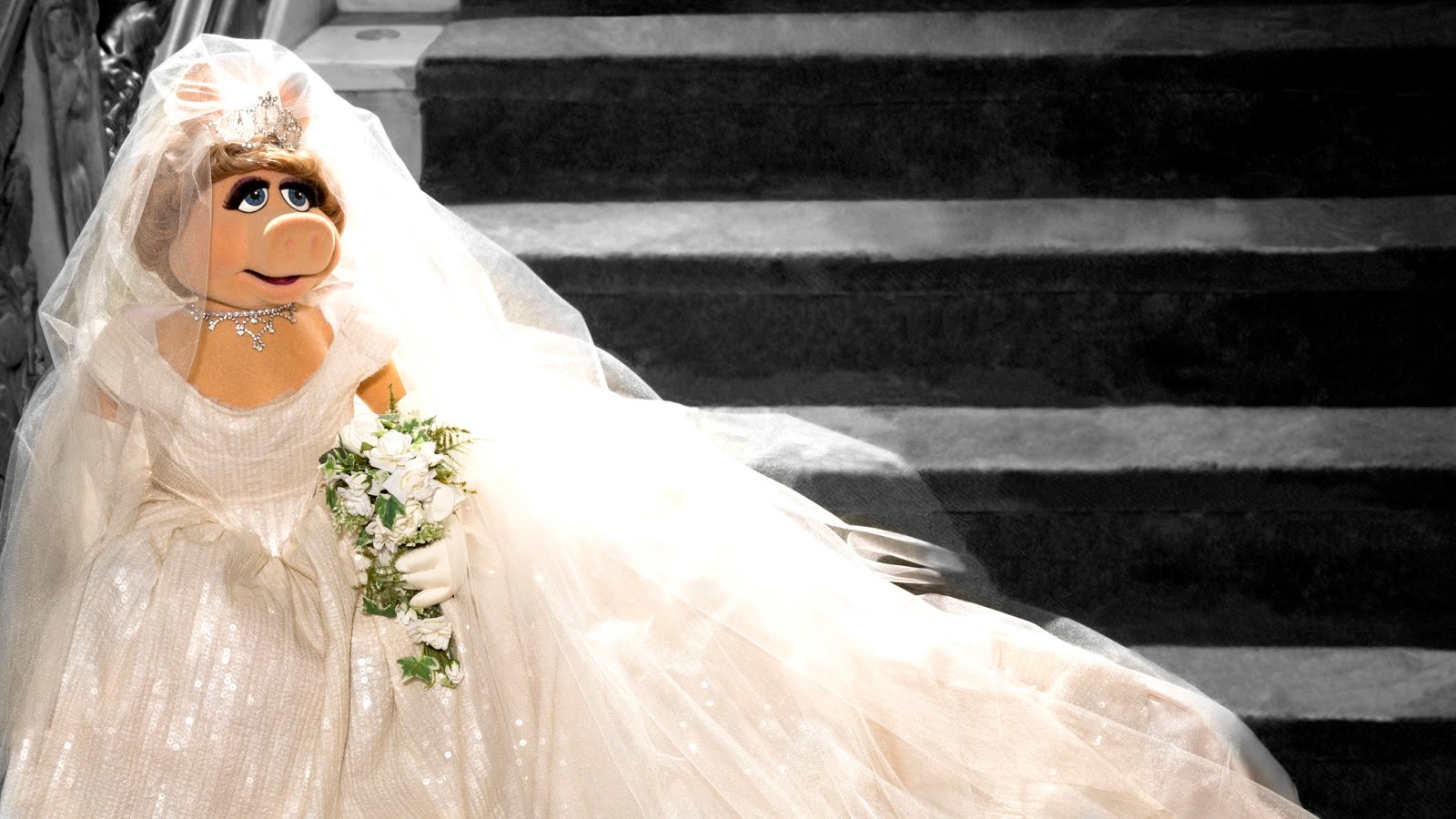 At last! Miss Piggy is back on the big screen, starring in Disney’s “Muppets Most Wanted,” which follows the Muppets on a grand, star-studded tour throughout Europe. The European setting screamed romance to Miss Piggy, who’s been trying to convince her favourite frog to tie the knot for years. But what will the divine diva don for the all-new film, which hits theaters in the US March 21, 2014? Vivienne Westwood was commissioned to create couture designs for the fashion icon, including a white dress that would be perfect for a wedding … if one should actually take place.

“Vivienne Westwood is fabulous—just like moi,” said Miss Piggy. “When I asked her to design this wedding dress for moi’s new movie “Muppets Most Wanted,” she was thrilled and I was thrilled. The only one a bit ‘iffy’ about it was the Frog.”

In the film, Miss Piggy wears a Vivienne Westwood couture Long Ivory Court wedding gown, with corset detailing and paillettes made from recycled plastic bottles, accessorized with an ivory tulle veil. Piggy also entrusted the designer with additional looks for the film, including a Vivienne Westwood couture Harris Tweed houndstooth check coat and matching beret worn in a scene set at Tower of London. Miss Piggy also chose a long silver hand-embroidered floral lace gown for a very special number in the film.

So the question on everyone’s lips remains: Will we see Miss Piggy marry her beloved Kermie in “Muppets Most Wanted,” and will she finally get to wear her dream Vivienne Westwood gown down the aisle?

“You’ll have to see the movie to find out,” insisted Miss Piggy.

-An exclusive Q&A with Vivienne Westwood about designing this gown is available in the March issue of US Harpers’ Bazaar, click here to read the story www.harpersbazaar.com/misspiggy

About the Movie:
Disney’s “Muppets Most Wanted” takes the entire Muppets gang on a global tour, selling out grand theaters in some of Europe’s most exciting destinations, including Berlin, Madrid, Dublin and London. But mayhem follows the Muppets overseas, as they find themselves unwittingly entangled in an international crime caper headed by Constantine—the World’s Number One Criminal and a dead ringer for Kermit the Frog—and his dastardly sidekick Dominic, aka Number Two, portrayed by Ricky Gervais. The film stars Ty Burrell as Interpol agent Jean Pierre Napoleon and Tina Fey as Nadya, a feisty prison guard. Disney’s “Muppets Most Wanted” is directed by James Bobin and produced by David Hoberman and Todd Lieberman. Bobin wrote the screenplay with Nicholas Stoller, who is also executive producer with John G. Scotti. Featuring music from Academy Award®-winning songwriter Bret McKenzie, “Muppets Most Wanted” hits the big screen March 21, 2014. For more information, visit Disney.com/Muppets, like us on Facebook: Facebook.com/Muppets, and follow us on Twitter: Twitter.com/TheMuppets.